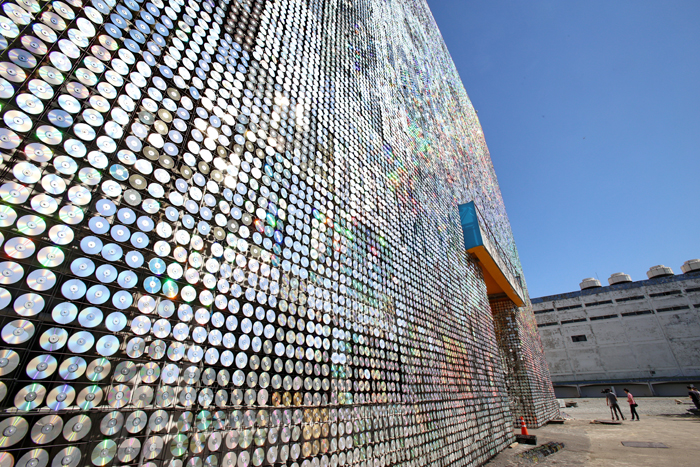 CHEONGJU, Oct. 29 (Korea Bizwire) — The Cheongju International Craft Biennale is installing itself as a major venue to open doors for young handicraft artists, the organizer of the event said Thursday.

The ninth Cheongju international craft contest held as part of the biennale in the central city of Cheongju, 137 kilometers south of Seoul, selected Lee In-hwa as the winner of the grand prize, according to the organizing committee.

Lee’s ceramic work, titled “The Memory of Sentiment,” received critical acclamation for its solid expression of light and texture of white clay, the committee said.

As an artist dedicated to reproducing antique ceramics, Lee was awarded the second-place award in the same contest in 2011.

This year’s second place Gold Prize went to paper artist Hong Jae-kyoung, who conjured up three-dimensional images out of paper, as well as David Gates whose work stimulates viewers’ imagination, the committee said.

The chairman of the award committee, Avi Amesbury, said “This year’s contest has drawn many kinds of installation works and other experimental hybrid craftworks that utilize high technologies…The winners were chosen for their creativity, innovation and level of craftsmanship.”

With the biggest prize money for a craft competition in the country, the Cheongju event has been drawing an increasing number of young artists.

This year’s event was held under the title “HANDS plus Expansion and Coexistence.”

The jury composed of 15 domestic and foreign artists initially screened 872 works submitted from 33 foreign countries from June to July, and narrowed them down to 112 works for the final decision made Aug. 21-22.

Among them, 108 prize-winning works were displayed during the Cheongju International Craft Biennale which ran from September to October, drawing a total of 310,000 visitors to the exhibition.’