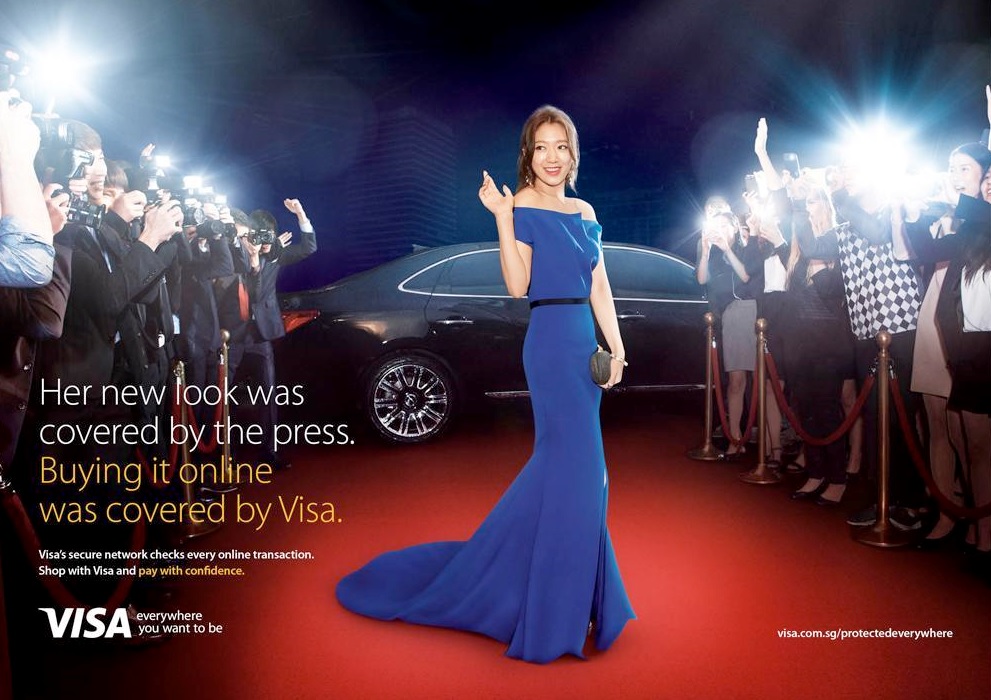 The TV commercial stresses the strength of the Visa cards for online shopping with secured and convenient features. (image: S.A.L.T. Entertainment)

Visa is famous for a vast group of celebrities for its models. It has selected Hollywood stars including Pierce Brosnan, Catherine Zeta-Jones and Richard Gere, Asian stars like Jackie Chan and Zhang Ziyi and international sports stars like Zidane and Rossi. With her selection, Park became the first Korean star modeling for Visa.

The TV commercial stresses the strength of the Visa cards for online shopping with secured and convenient features. In the commercial, Park appears on a red carpet. The credit card company began airing the commercial starring Park throughout Asia as well as Korea from November 12.

Ian Jamieson, CEO of Visa Korea, said, “Reflecting the influential power of K-wave, we will broadcast the commercial not just in Korea but in many Asian countries. The first Korean Visa model will also raise the brand power of Korea in the Asian market.”

The 24-year-old actress has gained global popularity through her past appearances in TV dramas including “You’re Beautiful,” “Heartstrings,” and “The Heirs.” Park returned to drama fans with SBS-TV’s “Pinocchio” from November 12.