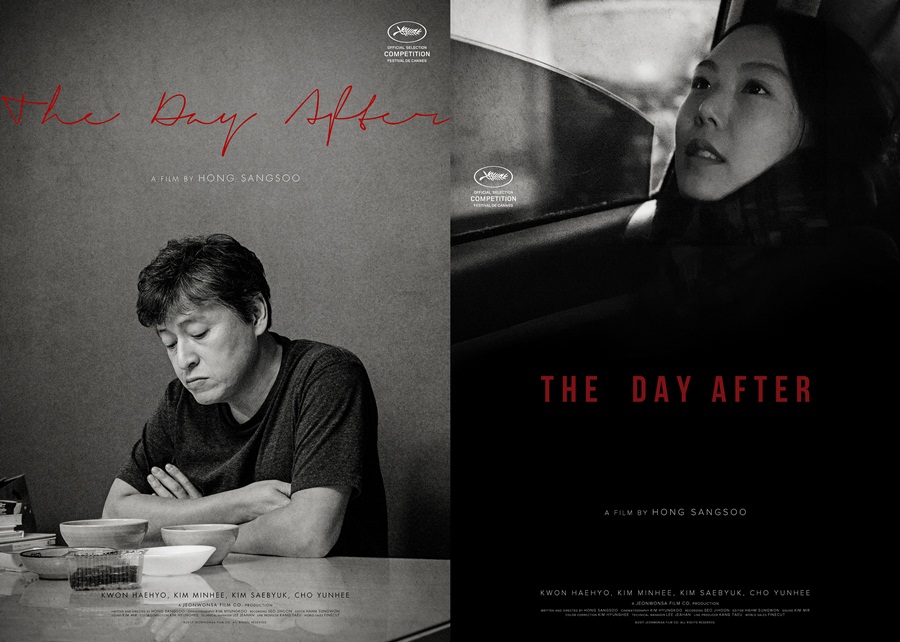 The 21st feature from Hong will be screened in the Masters’ section which introduces the latest from globally influential arthouse filmmakers at the 42nd Toronto International Film Festival that opens on Sept. 7, Finecut said.

This will become Hong’s sixth consecutive foray into the annual film festival. He was invited to the same section for “Yourself and Yours” last year.

“The Day After” will also be shown in the Main Slate category of the 55th New York Film Festival set to open on Sept. 28, along with “On the Beach at Night Alone.” The latter film earned its lead actress Kim Min-hee best actress at this year’s Berlin International Film Festival.

The Main Slate section is for showcasing the latest films honored at various international film festivals.

A total of nine titles from the South Korean helmer — ranging from “On the Occasion of Remembering the Turning Gate” (2002) to “Yourself and Yours” (2016) — have been shown at the New York fest.