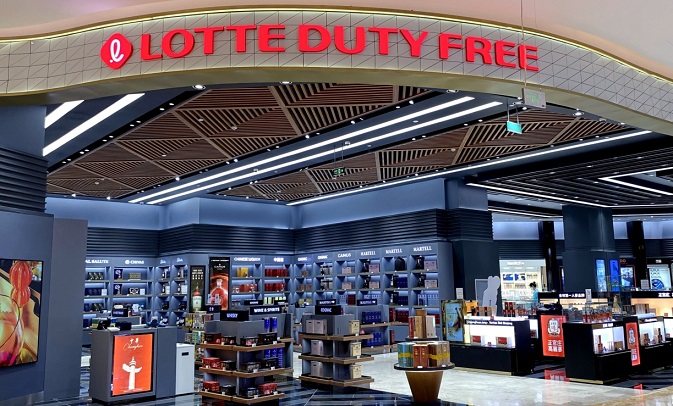 Lotte Duty Free’s inner city store in Da Nang, Vietnam, is shown in this photo provided by the company on Nov. 15, 2022.

The Da Nang location is the second global inner-city store operated by the brand, following its store in Sydney.

The new store, located in a mall near the touristy seaside of My Khe Beach, is the largest store outside the airport operated by Lotte in Vietnam and holds around 200 brands, it said.

Lotte expects the new inner city location to generate up to 50 billion won (US$3.8 million) in annual revenue once tourism returns to normal, it said. Its goal is to occupy 60 percent market share in Vietnam’s duty-free market, which was estimated at around 300 billion won before the pandemic.

The company plans to accelerate its global expansion in the coming years by adding new locations abroad, including the Changi Airport branch in Singapore scheduled to open in 2023.

Lotte Duty Free, a business division of Hotel Lotte, is the world’s second-largest duty-free retailer by sales and owns a total of 13 stores in six countries across the globe.