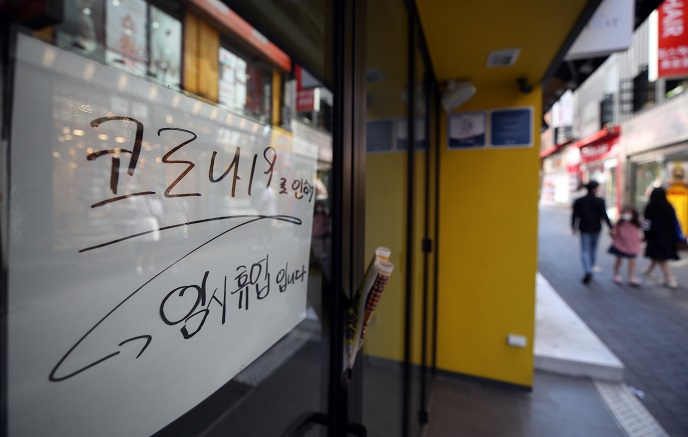 This photo, taken on Sept. 20, 2020, shows a sign about the temporary closure of a store in Seoul’s shopping district of Myeongdong over the COVID-19 pandemic. (Yonhap)

The average household earned 5.31 million won (US$4,774) per month in the July-September period, up 1.6 percent from a year earlier, according to the data compiled by Statistics Korea.

But hit by the fallout of the COVID-19 pandemic, household income earned through wages declined 1.1 percent on-year, following a 5.3 percent on-year fall in the second quarter, according to the data. Income from business operations lost 1 percent on-year in the cited period.

The statistics agency said the fall in wage income is mainly attributable to the sluggish labor market amid the pandemic.

The country has reported job losses every month since March, when the nation posted the first on-year job loss since 2009 due to the coronavirus outbreak, according to a separate report.

The data showed transfer income backed by the government’s support jumped 29.5 percent on-year in the third quarter, due largely to fiscal spending for smaller merchants and the self-employed hit by the pandemic.

“Despite the government’s policy response, there were limitations in improving the income and distribution situations, as the underprivileged suffered a far higher fall in earned income,” the finance ministry said in a statement. 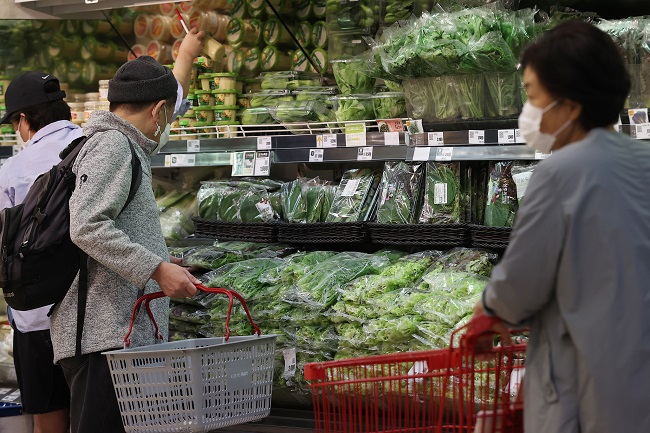 Households’ expenditure declined in the third quarter from a year earlier, amid a flare-up in coronavirus cases, according to the agency.

The average household spent 3.99 million won per month in the third quarter, down 2.2 percent from a year earlier, the data showed.

It compared with a 1.4 percent on-year gain in the second quarter, when the government provided households with emergency handouts to help them cushion the fallout of the pandemic.

Households’ monthly consumption expenditure amounted to 2.95 million won in the cited period, down 1.4 percent from a year earlier, led by declines in spending on face-to-face services.

Meanwhile, the income gap between the haves and have-nots widened in the third quarter as the employment situation of the low-income bracket worsened, according to the data.

The average monthly income of the bottom 20 percent income bracket declined 1.1 percent on-year to 1.63 million won in the third quarter.

In comparison, households in the upper 20 percent income range earned 10.39 million won per month, up 2.9 percent from a year earlier.

As a result, the country’s distribution ratio for disposable income, a key barometer of earnings equality, reached 4.88 in the third quarter, up from 4.66 a year earlier. A higher ratio means increased inequality in income distribution.

The South Korean economy grew 1.9 percent on-quarter in the third quarter on improving exports, after two straight quarters of contractions amid the COVID-19 pandemic.