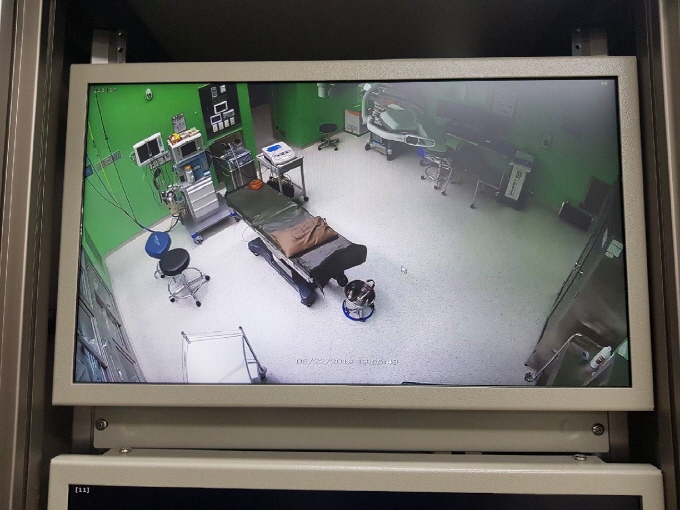 The provincial government said it has proven that video footage cannot and will not be used without obvious reasons such as a suspected medical accident. (image: Gyeonggi Provincial Office)

According to statistics released by Gyeonggi Province, out of 4,239 surgeries performed at six hospitals operating under the GPMC between October 2018 and December 2019, 67 percent, or 2,850 cases, were filmed and recorded with the consent of patients.

Considering the fact that the consent rate for filming was 54 percent for the month when it was first introduced to GPMC Ansung Hospital, the number is up by 13 percentage points.

When analyzing the rate of consent for recording over the past year and three months, surgical, obstetrics, and ENT (ears, nose and throat) departments showed a 72 percent consent rate.

In addition, orthopedics and dentistry showed a 66 percent of consent rate, compared to 53 percent for ophthalmology and 51 percent for urology.

Furthermore, there have been no cases in which patients requested a copy of the recorded video since the introduction of CCTV in the operating room.

In a related development, the provincial government said it has proven that video footage cannot and will not be used without obvious reasons such as a suspected medical accident.

The province added that “concerns about raising distrust in the medical sector and violation of patient privacy are just groundless.”

To prevent unlicensed medical practices, such as proxy surgery performed by salespeople, and possible misconduct in operating rooms, the province plans to continue its efforts to expand the use of surveillance cameras in the operating room to protect patients’ right to know and human rights.