“Lifestyle marketing” looks at the consumer as someone living her own life rather than a machine that keeps buying and consuming goods passively. (image: whologwhy at flickr)

SEOUL, South Korea, Oct 15 (Korea Bizwire) — In order to create a whole new market, companies may find it more effective to communicate with their customers by appealing lifestyle over functionality. That way, some marketers contend, the raison d’etre of an innovative product can be highlighted better. “Lifestyle marketing,” as the new marketing technique is called, looks at the consumer as someone living her own life rather than a machine that keeps buying and consuming goods passively. Such a consumer purchases things that fit her lifestyle and reinforce that lifestyle by doing so. If the consumer chooses to drink a bottle of Red Bull, she does that to live a life symbolized by Red Bull commercial messages, not just to recover from fatigue drinking it.

Lifestyle marketing thus is quite different from that focusing on functionalities and features of the product. Companies selling outdoor fashion items, foods, and auto goods are trying this kind of marketing. That’s because they are aware of the limits of differentiating their goods from those of rivals and instead rely more on symbolic images. In contrast, those companies selling home appliances and info-tech gadgets are still engaged in commercial messages emphasizing functionality.

One of the most famous spectacular failure cases in marketing history in this regard is Segway. The Segway PT, or personal transporter, is a two-wheeled, self-balancing, battery-powered electric vehicle invented in the early 2000s by Dean Kamen. In technology terms alone, the Segway may be counted as one of top-ten inventions in our time. But when it came to marketing, it was unable to attract customers’ attention sufficiently by focusing exclusively on technical features such as state-of-the-art gyroscopic sensors, fluid-based leveling sensors, a maximum speed of 20 kilometers an hour, 39 km driving distance in one charge, and so on. Unfortunately for the inventor, all these appeals didn’t persuade consumers to buy one.

What if the company took a different tack and instead opted for slogans like “the leisure vehicle that will make your suburban middle-age life more fun and vibrant”? If the advertising message was more intimately linked to target consumers’ lifestyle issues, it may have gained more emotional resonances and have been more successful. 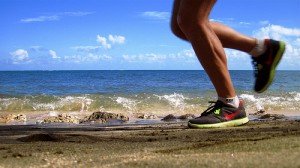 Customers want to maintain a long-term relationship with a company that makes their life richer. (image: puuikibeach at flickr)

Companies that can do better resonance marketing can build an excellent relationship with their customers. For example, customers of Nike are loyal to Nike shoes and athletic wear just because the Oregon-based company makes good-looking, durable goods. The company’s success has more to do with its slogan “Just Do it” that stimulates customers’ desire to be more active in their life. Customers want to maintain a long-term relationship with a company that makes their life richer. Most innovative products are not perfect in terms of performance. Still some customers are patient enough to wait until the company comes up with better products that will reflect their lifestyle more faithfully. While doing that, the customers can become lifetime companions to the company.

Let’s look into more about the “Fuelband” line of Nike. Fuelband’s Life Tracker was the leader in creating the whole market for life tracker devices that measure how much we move our bodies, how long we sleep, how much we eat, and so on. Although there had been other life tracker first movers such as BodyMedia and Jawbone, they were unable to move the market as they focused too much on functional features such as precision, waterproof or shock-proof features. That kind of approach would have worked in a market in which there are many customers with such needs. In a situation where a company creates a new market, however, there were only a few customers who needed such products.

The time the life tracker market exploded was early 2012 which was exactly the time when Nike introduced its Fuelband product line. How could Nike awake the market? As was always the case, Nike approached differently. The lifestyle the company has stressed since its founding in the 1970s was a dynamic life motivated by oneself, just like the company’s founder Phil Knight, once a long-distance runner at the University of Oregon, has been all his life.

What’s important in all this was that the lifestyle Nike was highlighting was not a communication message intended to sell a finished product. It was rather a process that the company pursues all the time and the starting point for its Fuelband line. Although Nike had tried to convince people to move their bodies more by a motivational slogan “Just Do It,” it was not enough. So the answer to this deficiency was the Fuelband project. All new product ideas related to Fuelband began with the intense focus on how to materialize the company’s philosophy on self-motivated lifestyle and everything from slogans, product features, designs, and marketing strategies came out of this. 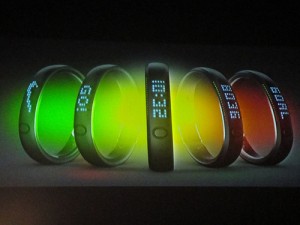 The user of a Fuelband product can set a daily activity target and the LED light on the band changes its color from red to yellow and to green as the user moves more and more. (image: Pop Culture Geek at flickr)

In the end, the company came up with a short-but-powerful slogan “Life Is a Sport, Make It Count” that summarized everything it has done for the product line. The user of a Fuelband product can set a daily activity target and the LED light on the band changes its color from red to yellow and to green as the user moves more and more. This color code makes the user feel that she has not done enough for the day if the color is not in green. To see the green on her band at the end of the day, she has to climb up the stairs instead of taking the elevator or run on the park instead of taking a nap.

Today we are living in the age of innovation. It is a matter of time before we witness the advent of new inventions like flexible display, wearable computing, big data analysis, and a variety of sensor technology, to name a few. In order for companies to help customers familiarize with these new products, they must be a much kinder guide to them. Questions like what kind of implications this new product would have on the consumers must not be left with consumers to figure out; instead, it must be something for companies to think about and give solution to. Companies that do these things better will come out successful while those that do not will be roadkill on the highway of innovation.