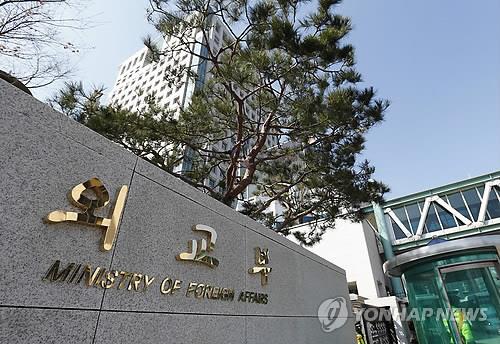 According to a Foreign Ministry official, the top tier positions that were advertised last month lacked any prospective candidates. Ministry insiders say that the lack of applicants for the Japanese ambassador position was “shocking.” (image: Yonhap)

SEOUL, Oct. 24 (Korea Bizwire) — Overseas positions previously popular within the Foreign Ministry, such as the ambassadorship to Japan in Tokyo or the country’s representative to the OECD in Paris, had no applicants following a recent job opening announcement, surprising many in the ministry.

According to a Foreign Ministry official, the top tier positions that were advertised last month lacked any prospective candidates. Ministry insiders say that the lack of applicants for the Japanese ambassador position was “shocking.”

Before the 2000s, when the rise of China in the global political scene was less evident, foreign service officials belonging to the “Japanese School” (diplomats who had served at the Korean Embassy in Japan) channeled the greatest influence within the ministry alongside the “Washington (D.C.) School.”

But the recent shortfall, experts say, reflects various factors within the ministry that have contributed to the result, including pitfalls of the personnel system, the shift in attitude among young diplomats, and the specific diplomatic issues that the ministry is currently facing.

The Japanese and OECD ambassadorships belong to the first-tier category of jobs, which is the highest position that official diplomats can attain within the ministry.

If applicants are unsuccessful in attaining a first-tier position, they are automatically posted to a position in an embassy belonging to the third or fourth tier.

Even though an unsuccessful bid for a high position would immediately mean that individuals would be posted to a country that was less prestigious, diplomats were more willing, in the past, to take that risk in exchange for a possible shot at glory and prestige.

Experts say that the younger generation of diplomats is no longer willing to take such a risk. The junior candidates would much rather play it safe and apply for a position of a lesser pedigree.

However, critics say that the current personnel system coupled with the shift in attitude of young diplomats is not enough to fully explain the recent lack of interest in high-level diplomatic jobs.

As the status and role of China and Japan in global diplomacy have flipped in recent years, some critics say that ambitious foreign service employees are eyeing ambassador positions in China.

Moreover, the recent diplomatic hurdles such as the comfort women issue faced by members of the foreign service working to improve Korea-Japan relations have also contributed to the new trend, say diplomatic insiders.