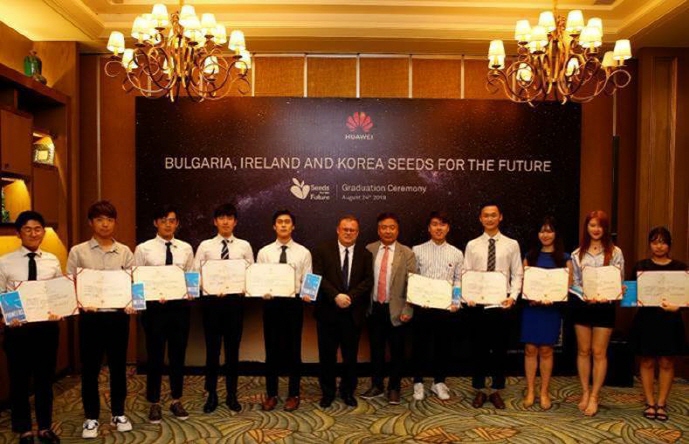 Huawei announced yesterday that it had carried out “Korea Seeds for the Future,” a program aimed at nurturing local Information and Communications Technology (ICT) talent, between August 11 and 25.

This is the second time, after 2015, that the program was offered to college students studying information and communications technology.

This year, 10 Korean college students from Seoul National University and Sungkyunkwan University traveled to China for a glimpse into the nation’s culture at Beijing Language and Culture University before heading to Huawei’s head office in Shenzhen, Guangdong Province to attend a special training course on communications, Internet of Things, cloud computing and other cutting-edge technology in the IT sector.

Huawei has been operating its “Seeds of the Future” program in Korea and other countries where the Chinese electronics giant has a local presence.

Over 35,000 college students at approximately 280 universities in 90 countries including France, the U.K., and Russia have participated in the program.

After Huawei’s venture into the local LTE market in 2013, the company has been expanding its CSR efforts.

For example, the company donated a total of 300 billion won to the Korea Student Aid Foundation to be disbursed as scholarships for students.

In addition, since 2016, Huawei has been holding computer programming contests targeting female students in Korea at both the high school and tertiary levels.