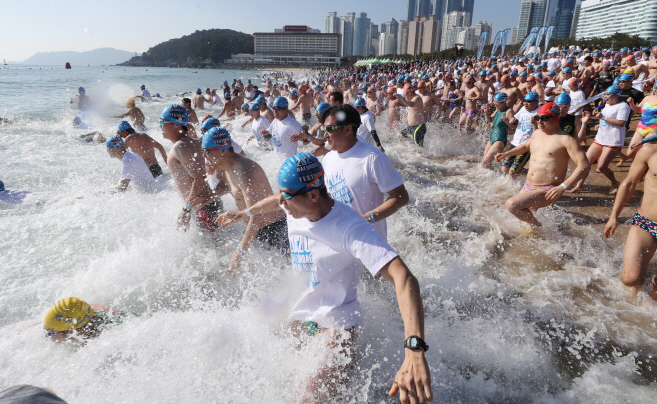 BUSAN, Jan. 6 (Korea Bizwire) — The Haeundae Polar Bear Festival, one of the 10 most exotic winter sports selected by the BBC, was held at Busan’s Haeundae Beach on Sunday.

The festival, celebrating its 33rd anniversary this year, was enjoyed by more than 5,000 participants from diverse backgrounds, ranging from a 4-year old child to an 86-year old senior.

Some 300 foreigners from the United States, Britain, Canada, and 13 other countries were also present at the festival after it gained publicity through foreign media. 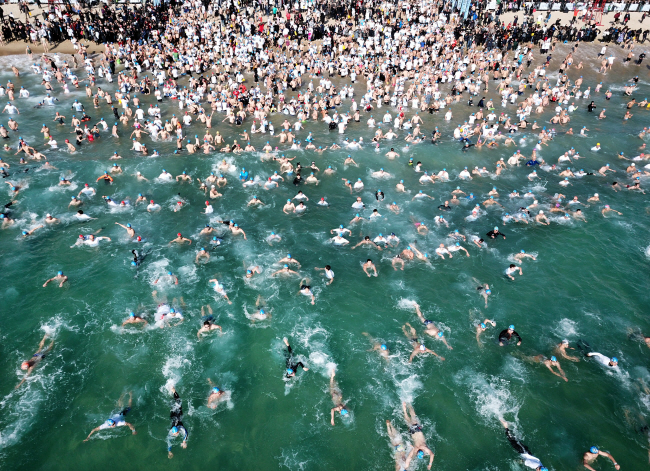