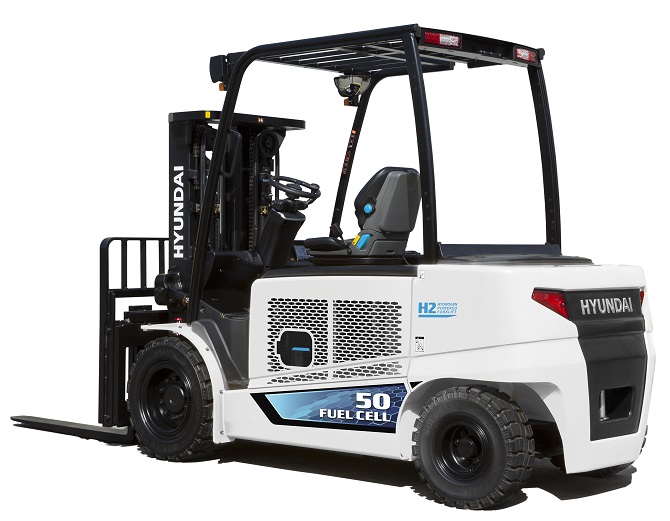 This photo provided by Hyundai Construction Equipment Co. on Aug. 17, 2021, shows a 5-ton forklift powered by hydrogen fuel cells, which was developed by the company in 2020.

The subsidiary of Hyundai Genuine Co. will team up with S-Fuelcell Co., a local hydrogen fuel cell maker, to commercialize the 1-3 ton forklifts by 2023, it said.

The group completed a deal to take over Doosan Infracore last month from Doosan Group.