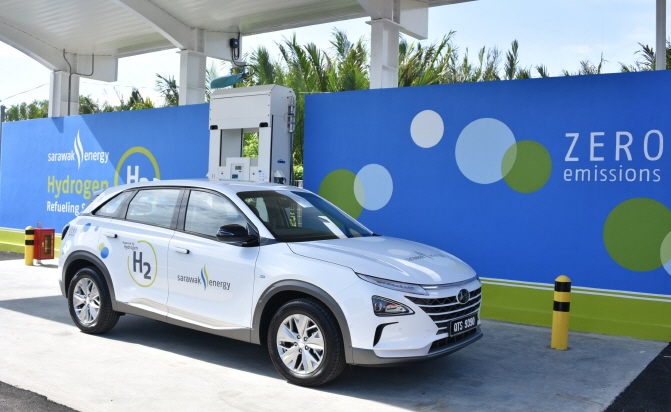 The Nexo hydrogen fuel-cell electric car displayed at the opening ceremony of a hydrogen charging station in Sarawak, Malaysia on May 27, 2019. (image: Hyundai Motor)

Sarawak Energy Berhad, Malaysia’s state-run electricity supplier, is pushing for a project to build hydrogen output facilities and charging stations. The two Nexos will be used as test vehicles in Malaysia’s public sector, Hyundai Motor said in a statement.

“Starting with the supply of two Nexos in Malaysia, Hyundai Motor is planning to promote hydrogen-powered vehicles in Southeast Asia,” a Hyundai official said in the statement.

In the January-May period, Hyundai Motor said it sold over 1,000 Nexos in global markets.