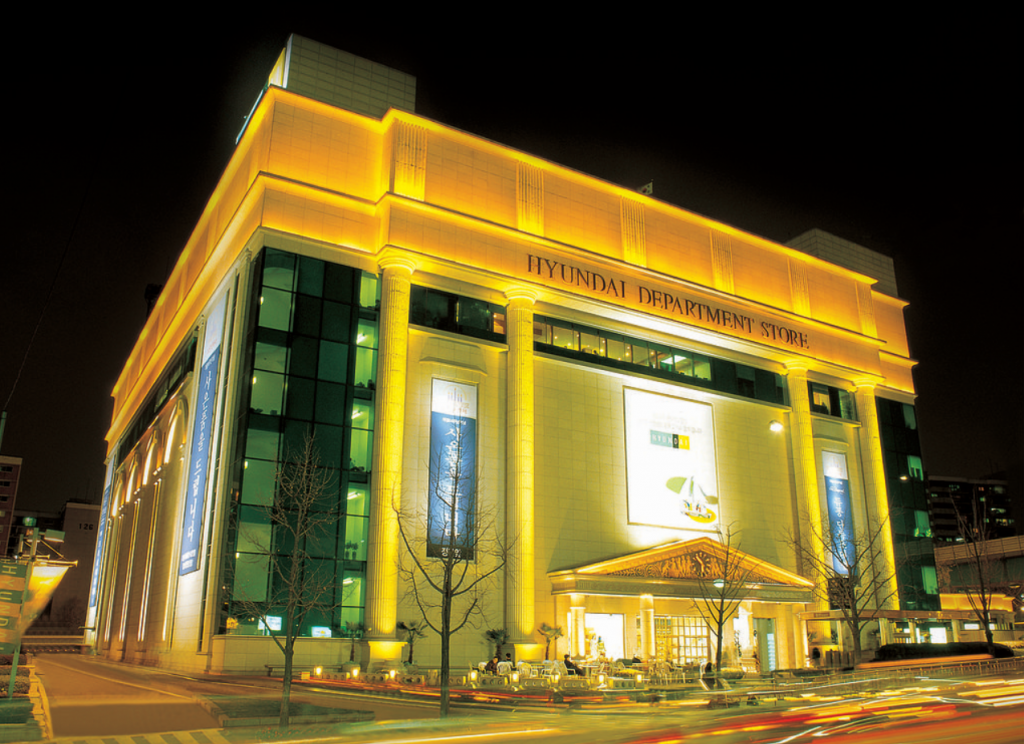 Hyundai Department Store plans to march into the market with young casual fashion brands in its vanguard. (image: Wikimedia Commons)

SEOUL, May 3 (Korea Bizwire) – As suburban outlet operators are branching out into the city, the market is growing fast. To keep up with such a trend, Hyundai Department Store Group has recently stepped into the urban outlet market.

On May 1, Hyundai Department Store announced that it would open a Hyundai Outlet branch in Gasan Digital Complex in the southwestern edge of Seoul on the exact spot where High Hill Outlet used to be.

In order to earn the commercial license of the property, the department store has invested 40 billion won in March to the private equity of KTP Asset Management which has taken over High Hill Outlet.

Hyundai Department Store marking its debut into the outlet business in Gasan Digital Complex could be a significant move because it is the biggest outlet town in the metropolitan city area. The neighborhood is currently hosting a cluster of outlets including Mario Outlet, W Mall and many more. It is an 800 billion won commercial sphere where 200,000 to 300,000 people come by each day.

The new Hyundai Outlet invited popular online stores like Wonder Place, Pigment, and 107 Style to open offline stores under its roof. Famous SPA (Specialty Retailer of Private Label Apparel) brand, Uniqlo has also been offered a space in the building.

The outlet market in Korea used to be led by fashion enterprises of middle standing like Eland Retail, Mario Outlet, and W Mall; however, Lotte Shopping Store, the second mover, has penetrated into the market fast by opening new branches one after another since 2008. Hyundai Department Store also plans to open a second branch of its outlet store in Garden Five Complex located in Songpa district in the east of Seoul.