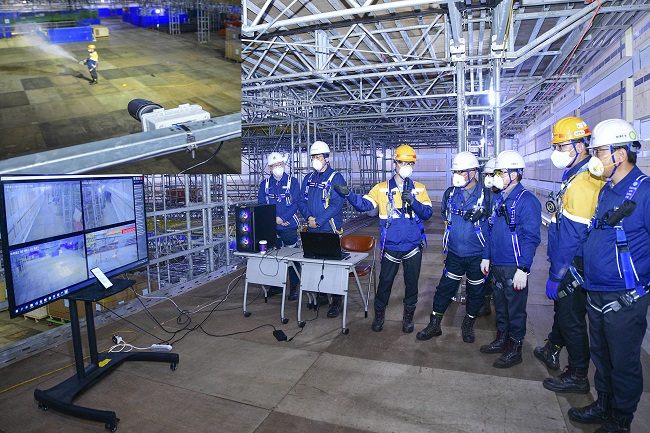 The system is a safety solution using AI to detect and surveil fires on ships.

By analyzing videos from several CCTV cameras and fire-related big data, the system can instantly detect embers and smokes when a fire occurs on a ship.

With deep learning technology that can analyze data and learn for itself, the system eliminates the possibility of false alarms and enhances accuracy simply with general camera images.

The group plans to introduce the fire surveillance system not only for ships in service, but also those under construction.

The system was used first during the insulating material installation process for an LNG carrier’s cargo tank.