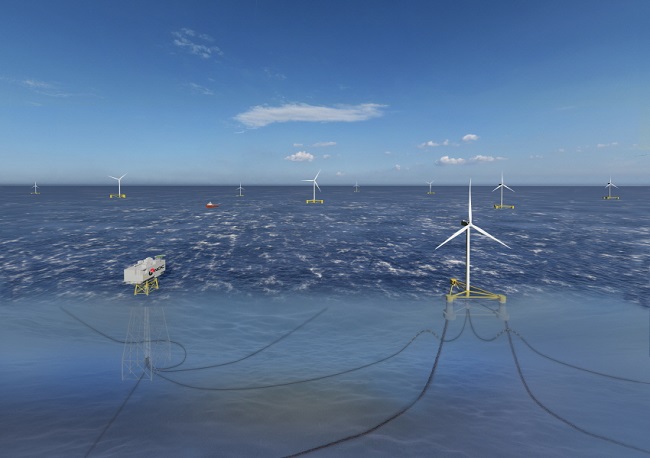 This file image provided by the Korea National Oil Corp. shows a floating offshore wind farm to be built in the East Sea off the coast of Ulsan, 414 kilometers southeast of Seoul.

SEOUL, July 12 (Korea Bizwire) — Hyundai Motor Co. and affiliate Kia Corp. signed a memorandum of understanding (MOU) with Canadian electrolysers manufacturer Next Hydrogen Solutions Inc. for the joint development and commercialization of a water electrolysis system for the production of green hydrogen.

Under terms of the MOU, the companies will focus on enhancing the performance of the stack, a device that produces hydrogen by separating water into its component molecules through an electric charge, which is a core component of an alkaline water electrolysis system.

The goal is to develop a new stack that can be operated at high current density, aimed at producing green hydrogen reliably and economically.

Hyundai and Kia will be responsible for the development of core components such as electrodes, bipolar plates and current collectors, as well as the assessment of the performance of the new stack, while Next Hydrogen will be in charge of stack design and manufacturing.