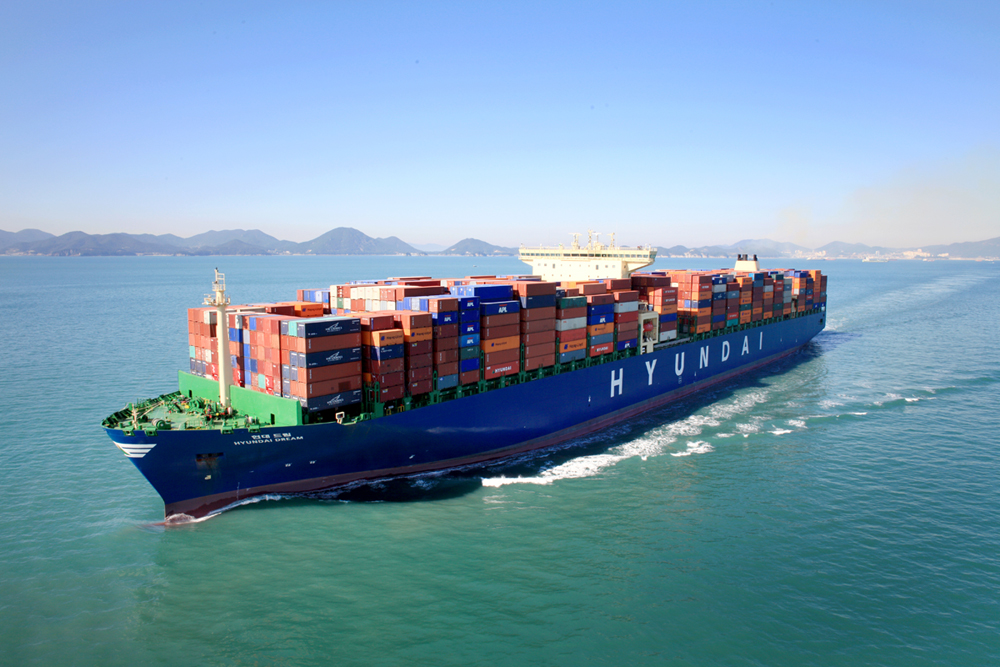 Hyundai Merchant, currently under a creditor-led restructuring scheme, has been seeking to take over key assets from Hanjin Shipping, which has been under receivership since September. (image: Wikimedia)

SEOUL, Dec. 19 (Korea Bizwire) – Hyundai Merchant Marine Co., a major shipping line here, expects its profitability to improve slightly in the first quarter of next year on the back of an improvement in freight rates and its cost-cutting measures, its chief said Monday.

“I can’t say when we will swing to the black, but we are working hard on it by cutting costs and improving shipping rates,” Hyundai Merchant chief executive Yoo Chang-keun told reporters.

Hyundai Merchant returned to the black in the third quarter of the year from a year earlier largely thanks to cost-cutting efforts and asset sales.

Net profit reached 297 billion won (US$253 million) in the July-September period, compared with a net loss of 33.8 billion won a year earlier.

Operating loss, however, widened to 230 billion won from 77 billion won over the cited period, due to low global trade and freight rates.

Yoo said the shipping firm will seek to replace outdated ships. “We are planning to place orders for five container ships and three or five oil tankers,” he said.

Hyundai Merchant remains steadfast in taking over its local rival Hanjin Shipping Co.’s port terminal operation in the U.S., according to Yoo.

Hyundai Merchant, currently under a creditor-led restructuring scheme, has been seeking to take over key assets from Hanjin Shipping, which has been under receivership since September.

A consortium led by Hyundai Merchant is highly likely to be chosen as the preferred bidder for Hanjin’s U.S. port terminal, but the final deal may be drawn out due to complex procedures.

Last month, Hyundai Merchant was named the preferred bidder to buy a port terminal in Algeciras, Spain, which is in part owned by cash-strapped Hanjin Shipping.

Hyundai Merchant said earlier it will be able to complete the deal by the end of December. The value of the deal was not disclosed.

Yoo said Hyundai Merchant is reviewing potential takeovers of Hanjin’s other assets up for sale, but declined to give further details.

Meanwhile, Hyundai Merchant agreed to a “limited partnership” with 2M, the world’s largest shipping alliance, earlier this month. Under the agreement, Hyundai Merchant will purchase space on the two companies’ ships, a strategic relationship that falls short of a full membership.