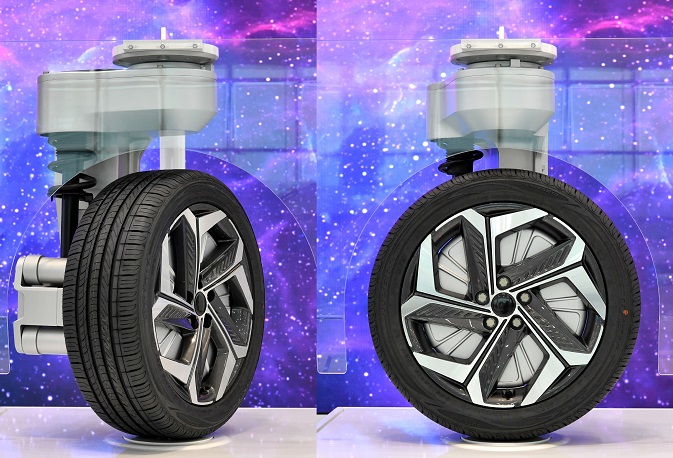 The company said Sunday that it succeeded in developing a new wheel technology dubbed e-Corner Module by integrating the automobile’s steering, braking, suspension and driving systems in a package on each wheel.

After showcasing the e-Corner Module concept at the Consumer Electronics Show 2018, Hyundai Mobis developed the electronic control system and completed the functional evaluation.

If the e-Corner Module is applied for automobiles, it eliminates the need for the mechanical connection of components, thereby allowing the vehicle to have more space.

Hyundai Mobis explained that it would also allow for easier changes in the wheel base and freer designs in door direction and vehicle size.

The new technology enables a car’s wheels to be rotated up to 90 degrees if needed for parking, instead of the 30 degrees common on most conventional automobiles.

The 90-degree rotatable wheel allows the vehicle to move from side to side, instead of back and forth, and also rotate through 360 degrees where it stands.