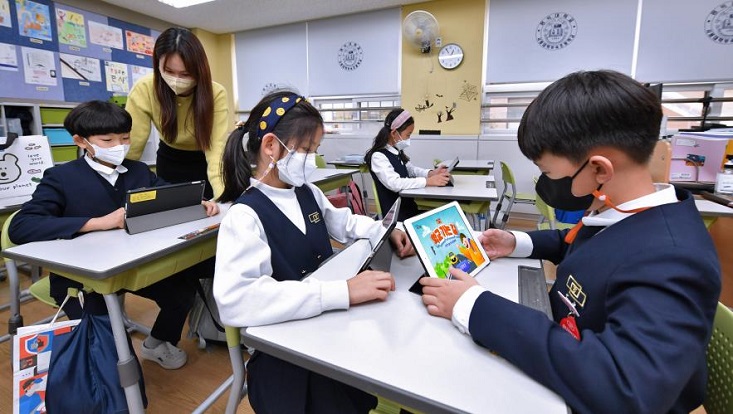 After showing virtual hazardous traffic situations that children can experience during commutes to and from school, the app uses gaze recognition technology that relies on the front camera of a smartphone or tablet to analyze the movement of the user’s eyes to identify if children accurately recognize the situations.

The company noted that it had developed the app based on inspiration from a driver monitoring system that was designed to track the eyes of drivers, as well as to monitor the state of drivers’ health through analysis of their facial biometric data in real time.

Hyundai Mobis intends to analyze the traffic situations that children inadvertently recognize and the percentage of correct answers to traffic safety quiz as part of efforts to identify traffic accident trigger points by region, school and grade.

It will deliver such information to schools around the country.