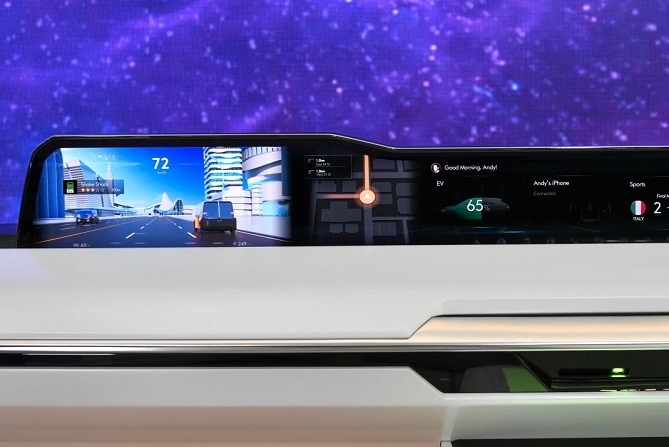 The 34-inch curved screen has a 6K OLED panel, and can move vertically in three ways.

It maximizes visibility for viewers while retaining aesthetic qualities, the company said.

The display stretches from the driver’s seat to the front passenger seat, screening traffic information, navigation, music and video.

The screen is comprised of a single display, allowing users to watch full-screen videos.

When needed, the screen can be turned towards the driver’s seat, with a smaller portion of the display used for traffic navigation.