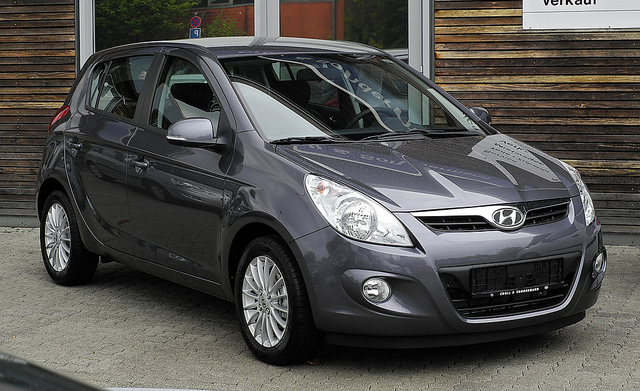 The i20 rolled out in 2008 has been targeted at European consumers who prefer compact cars. (image: M 93/flickr)

SEOUL, Aug. 7 (Korea Bizwire) – Hyundai Motor Group is set to launch new models to target both the global market as well as the local market in the second half of 2014. The company plans to use the new cars as a game changer in the markets which are full of challenges from other global automakers.

On August 5, Hyundai Motor Group announced that it would launch the new i20 and the new Genesis in the global market, and the new Sorento in the local market in the second half of 2014. The Hyundai i20 targeted at Europe is expected to boost its sales. “We plan to start selling the i20 produced at factories in India and Turkey about from September,” the company said.

Hyundai hopes that the roll-out of the i20 will increase its sales in Europe. The new i20 features Hyundai’s new design philosophy, Fluidic Sculpture 2.0, that has already appeared in the latest Genesis and the Sonata. The new model is planned to have a roomier cabin compared with the previous one, and consumers will have a variety of options.

In addition, Hyundai Motor is going to introduce the new Genesis rolled out in the domestic market last year in Europe in the second half of this year, hoping that the Genesis will also help improve its sales. In March, the new model was unveiled for the first time in Europe at the Geneva Motor Show 2014. Its sales have steadily increased in the U.S. market in the first half at almost the same rate as the domestic market.

Hyundai also wants the new Sorento to change the momentum of the domestic market. Its game plan is to use the Sorento to buoy the overall sales of its lineups just as the latest Carnival did. On July 29, the Korean automaker unveiled Sorento’s new exterior and interior image rendering to appeal to Korean consumers.

The company expects the new Sorento to help overcome its sales slump in the local market in light of the fact that 8,740 Carnivals were sold last month, which was more than expected. In the first half of 2014, Hyundai Motor sold 218,764 vehicles in the local market, down 3.4 percent compared with the previous year.