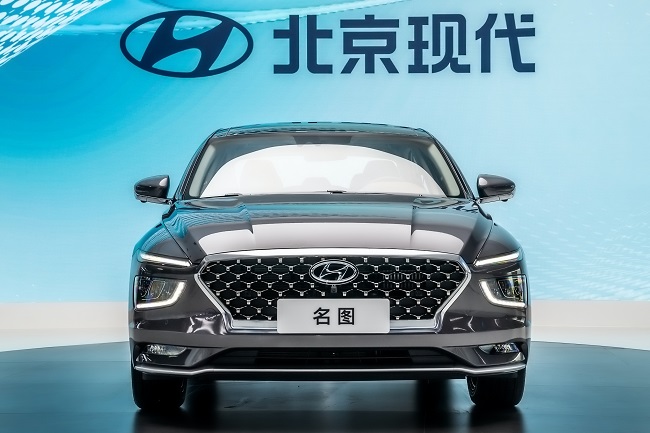 This file photo provided by Hyundai Motor shows the second generation of the Mistra compact car at the 2020 Gwangzhou motor show.

The South Korea’s top automotive conglomerate, which has Hyundai Motor Co. and Kia Corp. under its wing, announced that in the 2021 China CSR development index evaluated by the Chinese Academy of Social Sciences (CASS), it topped the list among car companies.

The CASS releases the CSR rankings of 300 companies it selects in light of revenue, brand awareness and social influence on a yearly basis.

The annual rankings are based on a comprehensive assessment of overall CSR and employment activities.

Hyundai Motor has kept the top spot among car makers and second spot among foreign companies since 2016. In the overall rankings, it inched up by one notch from fourth last year to third this year.

Previously, Hyundai Motor received the highest grade of ‘5 star plus’ for the sixth straight year, first among carmakers, in the CSR evaluation released by the CASS in August.