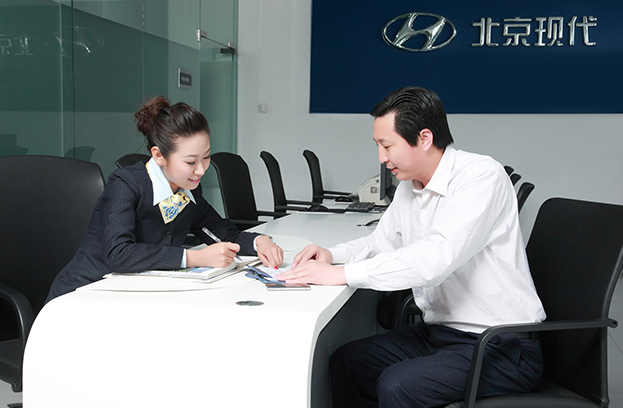 This year’s survey was conducted with 15,338 Chinese consumers who purchased new cars between July 2013 and February 2014 in the nation’s 52 cities.(image:Hyundai Motor)

The company said on July 1 that its Chinese unit Beijing Hyundai grabbed the top spot in the 2014 Chinese Sales Satisfaction Survey conducted by American market research firm JD Power. This was the first time for Beijing Hyundai to take the top position in the survey.

This year’s survey was conducted with 15,338 Chinese consumers who purchased new cars between July 2013 and February 2014 in the nation’s 52 cities. Among 54 automobile brands, Hyundai Motor obtained 772 points out of possible 1,000 in the overall sales satisfaction survey, ranking No. 1 together with Dongfeng Citroen in the popular brand category.

Hyundai Motor had been ranked No. 2 with 715 points last year. In overall ranking, including high-end brands, Hyundai Motor ranked No. 2 behind Audi, overtaking Infiniti with 705, BMW with 667, and Mercedes-Benz with 648.

In addition, Dongfeng Yueda Kia, Kia Motors’ Chinese unit, was ranked No. 4 jointly with Shanghai Volkswagen with 746 points, up 43 points from the previous year. This is a meaningful milestone because both Hyundai and Kia have seen their sales performance improve markedly this year.

After hitting the monthly sales record in January this year, Hyundai and Kia sold more than 8 million cars during the two-month period between January and February. For the five-month period from January to May, the two car makers sold 726,011 cars in China, up 10.1 percent from the same period a year ago, overtaking GM to take the No. 2 position.