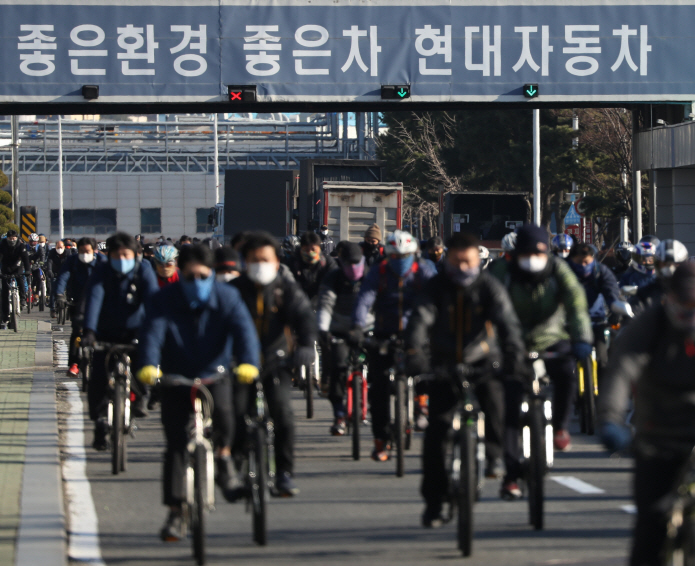 The carmaker announced on Wednesday that it had fired one of two workers at its plant in Asan, South Chungcheong Province who frequently left work without providing appropriate notice for several months while the other was given a three-month suspension.

Hyundai also gave a three-month suspension to two workers who carpooled several times using a new car produced at the company’s main plant in Ulsan, 414 km southeast of Seoul, designated for moving around the plant.

It also found a case of so-called ‘bundle work’ in which workers shifted their assigned work to some employees and rested the rest of the employees. As many as 50 workers were disciplined, with some suspended, for the bundle work practice.

Back in July, more than 300 workers at Hyundai were disciplined, including pay cuts for leaving work frequently without providing appropriate notice.

At Hyundai plants, it has long been conventional practice among production workers to assemble the cars on the conveyer belt in advance without waiting for their turn on the line so that they can leave work early.

“In recent days, management has been taking issue with the practices that it has long tolerated,” an industry official said.

“This move came with voices growing for the need to reduce idle workforce and to tighten discipline in an era when a transition is being made towards electric cars.”