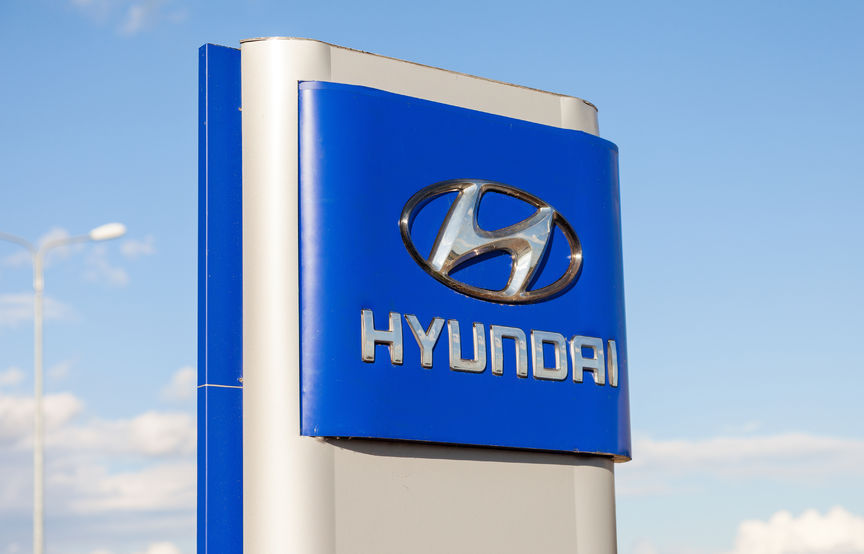 Hyundai Motor Co., said it will increase its dividend payouts by more than 50 percent this year as part of efforts to enhance shareholder value. (image: Korea Bizwire)

Under the plan made during the board of directors’ meeting, Hyundai Motor will pay 3,000 won (US$2.77) per share in dividends, higher than the 1,950 won per share last year. The decision, which needs to be approved at a shareholders meeting, will cost the company about 817.32 billion won.

The move was announced after the company posted a 14.9 percent drop in 2014 net profit and painted a bleak business picture for this year, citing unfavorable market conditions and intensifying competition from foreign rivals.

“We have been somewhat conservative when it came to dividend payout ratios, but as announced today, we will pay 3,000 won per share in dividends, a 53 percent rise (from a year earlier),” Hyundai Motor’s chief financial officer Lee Won-hee said during a conference call after its earnings results were announced. “It will be paid after being approved by a general meeting of shareholders in March.”

With the raise, the dividend payout ratio — the ratio of dividend to net profit — will grow from 6.2 percent to 11.1 percent.’

Lee also said the company will keep buying back its shares and that it is also considering paying interim dividends starting this year.

The government has been pushing businesses to pay higher dividends, saying it will tax corporate cash reserves from this year that are in excess of a certain amount. The idea is to make companies spend more on wages, dividends and investments so as to revive the economy.

Hyundai Motor’s shares ended 2.04 percent down at 168,000 won on Thursday, underperforming the benchmark KOSPI’s 0.02 percent fall, as lackluster earnings results coupled with cloudy outlooks at home and abroad weighed on its shares.

Its fourth-quarter net profit also dropped 22.2 percent on-year to 1.66 trillion won. Operating income came to 1.88 trillion won during the October-December period, down 7.6 percent from the year before. But sales gained 7.5 percent over the cited period to 23.57 trillion won.

“Sales increased thanks to the effect of new car releases such as the Genesis and the Sonata, but the strong won and unfavorable currency situations trimmed our profitability,” the company said.

The automaker also suffered a fall in its ratio of operating income to sales to 8.5 percent last year from 9.5 percent a year earlier.

Business uncertainty was expected to continue this year as Hyundai Motor is concerned about geopolitical risks from emerging markets and the looming low inflation trend taking shape in the world that would make it difficult to predict market directions.

An intensifying competition from foreign rivals armed with lowering tariff barriers and price competitiveness were also cited as factors that could further dim the overall sales outlooks for the company.

The sales target is a 1.8 percent increase compared with a year earlier, which is still lower than the 3.9 percent growth in global market demand projected for this year. CFO Lee said that Hyundai Motor will surely attain better-than-expected achievements this year.

To achieve the objective, the company plans to keep unveiling new cars, including eco-friendly vehicles, while stepping up efforts to attain “world-class” quality competitiveness to more actively respond to market demand.

“We will carry out the large-scale investment plan that we announced earlier this year without delay. While strengthening our growth momentum by expanding production capacity, we will further solidify the grounds for us to become an industry leader by securing core technology needed for eco-friendly and smart cars,” a Hyundai Motor official said.

Hyundai Motor earlier announced that it will invest 81 trillion won over the next four years in facilities and new technologies. CFO Lee said that the company will invest 11.2 trillion won this year with about 4 trillion won set aside for the development of powertrains.