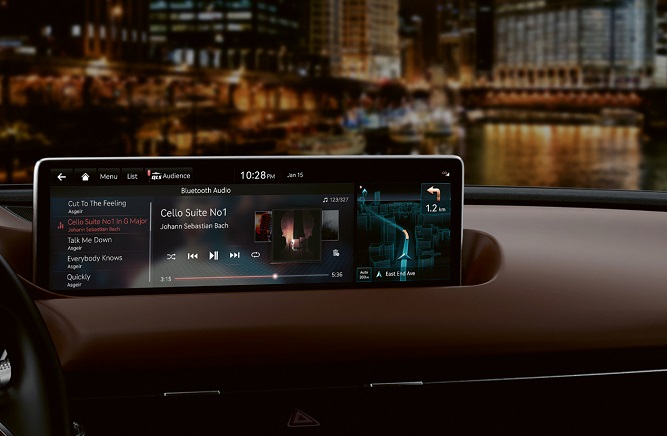 SEOUL, Nov. 10 (Korea Bizwire) – Hyundai Motor Group, the world’s fifth-biggest carmaker by sales, said Tuesday it will use U.S. chipmaker Nvidia’s in-vehicle Drive system across all of its vehicles from 2022.

The South Korean carmaker will apply the Nvidia Drive “connected car” platform to all of its upcoming models from Hyundai Motor Co., its independent Genesis brand, and Kia Motors Corp. starting from 2022, the company said in a statement.

Under the partnership, the group’s next-generation vehicles will feature in-vehicle infotainment (IVI) systems powered by NVIDIA DRIVE as standard.

“The NVIDIA DRIVE platform is proven — it is scalable, energy-efficient and has the performance to support our next generation of software-defined vehicles,” Paul Choo, senior vice president of the electronics tech unit at Hyundai Motor Group, said in the statement.

Hyundai Motor Group has been working with Nvidia since 2015 and has already been using the chipmaker’s drive platform in the Genesis GV80 SUV and G80 sedan released this year, the statement said.

The companies have also been collaborating to develop an advanced digital cockpit for future apps and features to be released in late 2021, it said.