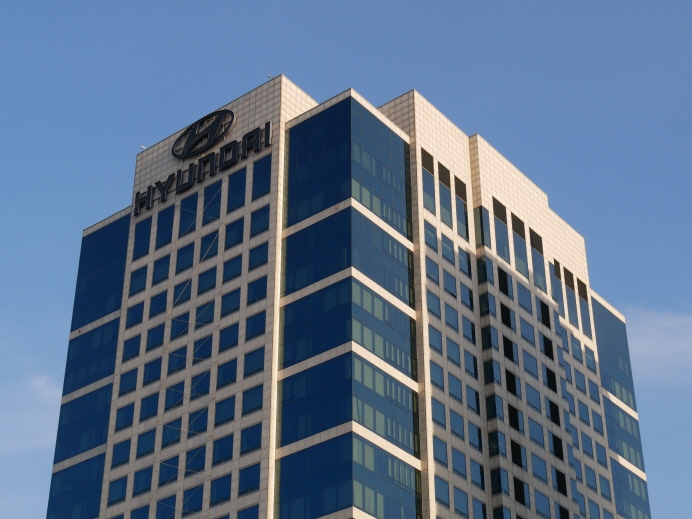 The value of Hyundai’s planned investments jumped nearly 60 percent from the 28.5 trillion won the company invested in the five years to 2018. (image: Yonhap)

The announcement comes a day after U.S. activist investor Elliott Management demanded Hyundai Motor pay 5.8 trillion won (US$5.2 billion) in dividends to shareholders for 2018, far more than the 1.1 trillion won proposed by the carmaker’s board on Tuesday.

The company’s dividend proposal is subject to approval at a shareholders meeting on March 22.

Hyundai said such a huge dividend requested by Elliott would lead to a “massive cash outflow” that will hurt its investment plans and shareholder value in the long term.

In the investment plan running from 2019 through 2023, Hyundai will spend 45.3 trillion won on research & development (R&D) and future mobility technologies involving autonomous and hydrogen fuel-cell electric cars, the company said in a statement.

“The company will make utmost efforts to regain profitability at the earliest time and secure (product) competitiveness based on the mid- and long-term investment plans, while maintaining a healthy financial status,” Hyundai President Lee Won-hee said in the meeting.

The value of Hyundai’s planned investments jumped nearly 60 percent from the 28.5 trillion won the company invested in the five years to 2018, a company spokesman said by phone.

In a detailed investment breakdown, Hyundai plans to inject 30.6 trillion won into R&D programs and maintenance and upgrades of global plants, with 14.7 trillion won allocated for the development of autonomous and hydrogen fuel-cell electric vehicle technologies, the statement said.

To achieve an operating profit of 7 percent in the automobile business by 2022, Hyundai will strengthen its product lineup with sport utility vehicles and luxury Genesis models in major markets such as the United States. The target is higher than the 2.1 percent it recorded in 2018.

This year, it aims to win a market share of 4.8 percent in the U.S. luxury vehicle market by selling 31,000 Genesis vehicles. Last year, it posted a share of 1.6 percent on sales of 10,580 Genesis models in the world’s most important automobile market.

“On top of investments in future growth engines, the company will also make efforts to enhance shareholders’ value. The company aims to raise the return on equity to 9 percent by 2022 from 1.9 percent last year,” Lee said.

For sustainable growth and investments, the company said it needs to carry at least 14 trillion won to 15 trillion won in reserves “in order to respond to a paradigm shift in the automobile industry” and changing market demands.