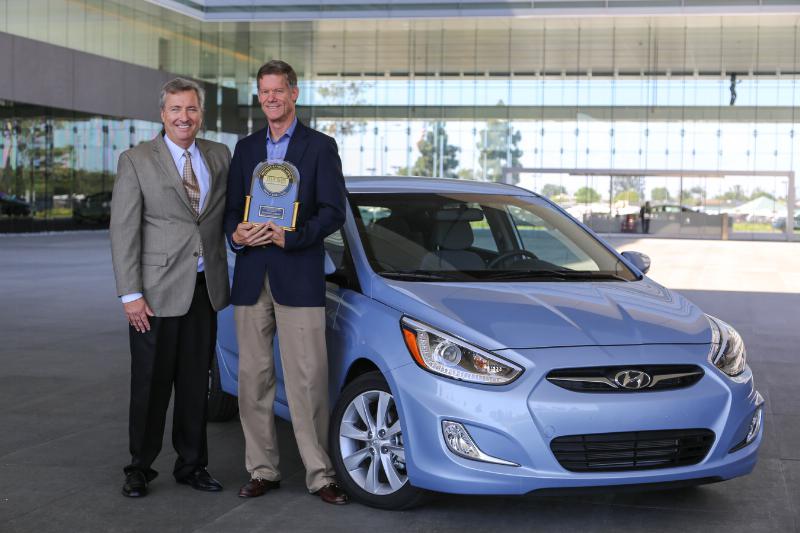 FOUNTAIN VALLEY, Calif., July 23 (Korea Bizwire) – J.D. Power designated 2014 Accent as its most appealing small car in its 2014 Automotive Performance, Execution and Layout (APEAL) Study released today. Hyundai is also the highest-ranked non-premium brand in the J.D. Power 2014 Initial Quality StudySM (IQS), marking the first time a nameplate has ranked highest among non-premium brands in both APEAL and IQS in the same year.

In its 19th year, the APEAL study examines owners’ assessments of the design, content, layout and performance of their new vehicle. Vehicles and their brands are scored on a 1,000 point scale.

Just one month ago, in the acclaimed J.D. Power Initial Quality (IQS) study, Hyundai was the highest ranked non-premium brand and the Genesis, Elantra and Accent all received awards in their respective segments. In this year’s APEAL study, Hyundai again claimed top spot among non-premium brands while improving five spots among all brands to rank 13th overall.

“We are so pleased to see the recognition that Accent has received in this year’s J.D. Power APEAL study,” said Mike O’Brien, vice president, corporate and product planning, Hyundai Motor America. “And it’s especially gratifying coming on the heels of our best-ever IQS showing just one month ago.”

Additionally, in the tightest race in the study, the 2014 Hyundai Sonata finished third by just two points – 819 v. 821 – in the midsize car segment. The Hyundai Veloster finished second in the Compact Sporty Car segment. “We expect the all-new 2015 Sonata to do even better next year,” O’Brien added.  This is the highest Hyundai has ever ranked in the APEAL study.