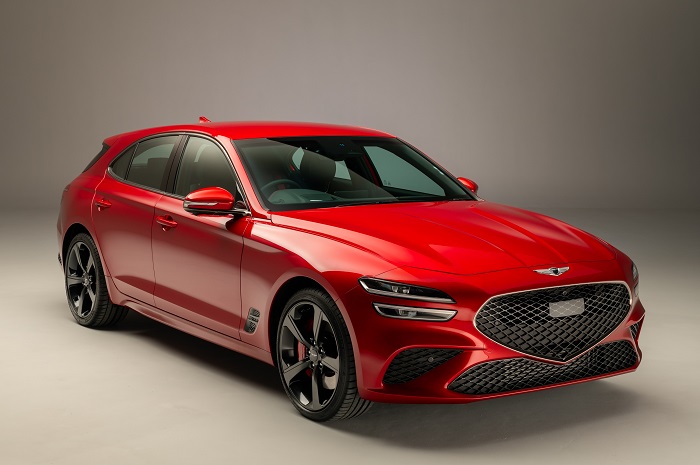 SEOUL, July 9 (Korea Bizwire) — Hyundai Motor Co. said Friday it has revealed the wagon version of the G70 under its independent Genesis brand in Britain ahead of its launch in other European countries later this year.

Hyundai unveiled the G70 Shooting Brake at this year’s Goodwood Festival of Speed, one of the biggest motoring sporting events, and will begin to sell the model there later this year, the company said in a statement.

The company plans to launch the localized G70 model in other European markets to capture a share in the luxury vehicle market, the company said in a statement.

The G70 four-door wagon version is not different from the G70 sedan in terms of design. It has the same front-end design with split headlights and a similar diamond-shaped front grille.

On the rear side, the wagon body shape has four-way split taillights and a higher roofline compared to the sedan.