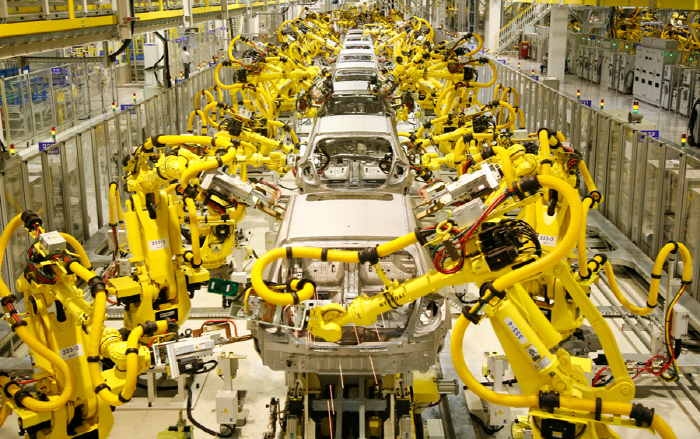 SEOUL, Aug. 2 (Korea Bizwire) — Hyundai Robotics said Wednesday that it has secured a more than 20 percent stake in its listed affiliates in a move that made it eligible to become the holding company of Hyundai Heavy Industries Group.

The company said it acquired the stocks through an open takeover offering that raised its holdings in Hyundai Heavy Industries, Hyundai Electric and Energy Systems and Hyundai Construction Equipment to 27.84 percent, 27.64 percent and 24.13 percent, respectively.

The move allowed the robotics company to meet the country’s regulatory requirements to exercise control over the heavy industries conglomerate.

The latest acquisition also strengthened the grip on Hyundai Robotics by Chung Mong-joon, the sixth son of late Hyundai Group founder Chung Ju-yung by raising his stake in the company to 25.8 percent from just 10.2 percent.

Industry insiders said that if shares held by Asan Foundation and Asan Nanum Foundation are counted, Chung effectively controls upwards of a 28.2 percent stake in the industrial robot manufacturer.

Hyundai Robotics has been placed at the top of Hyundai Heavy’s holding company structure.