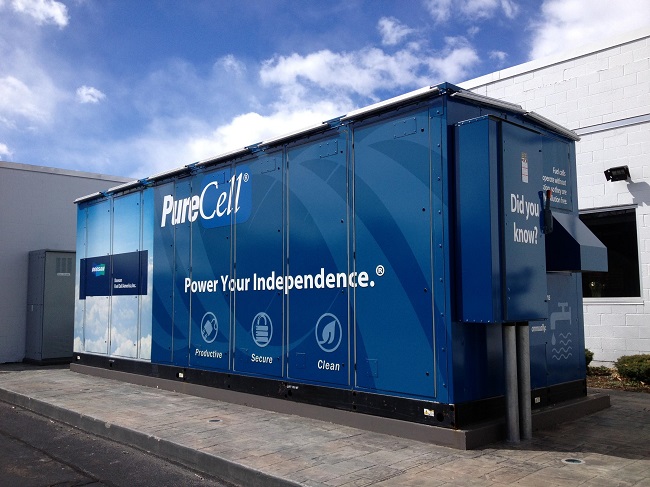 Companies on Thursday held a completion ceremony for the hydrogen fuel cell distributed power system for microgrids at the Ulsan Technopark in Ulsan, 414 km southeast of Seoul.

A distributed power system refers to a power facility for producing and consuming energy in the neighborhood of an electricity consumption area, unlike centralized power generation systems that use the method of sending power generated in a remote area.

Microgrids are a power supply networks that enables independent power production and supply for such distributed power systems.

The demonstration project will be carried out in the manner of combining different fuel cell systems. Hyundai and Kia’s 500-kilowatt proton exchange membrane fuel cells (PEMFC) and Doosan Fuel Cell’s 440-kilowatt phosphoric acid fuel cells (PAFCs) will be applied at the same time.