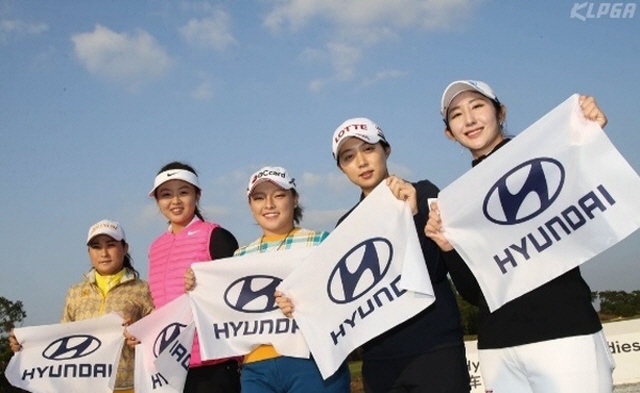 An official with Hyundai said that the automaker’s Chinese unit Beijing Hyundai Motor Co. — a joint venture between Hyundai Motor and BAIC Motor Corp. established in 2002 — will not be the title sponsor for the Chinese Ladies Open on the China LPGA Tour.

Hyundai said it will pull out from the Chinese event because its title sponsorship deal has expired, emphasizing it has nothing to do with issues surrounding the THAAD missile defense system. But the local golf community suspects that the automaker’s decision is related to the situations in China.

“(Hyundai) didn’t tell us why it’s not going to sponsor the event,” an official with the KLPGA said on condition of anonymity. “We just think Hyundai’s declining sales in China have something to do with this problem.”

In the January-July period, Hyundai sold 351,292 vehicles in China, down 41 percent from 592,785 units a year earlier. Some industry observers claimed the slump came as Chinese consumers opted to buy fewer South Korean vehicles in protest against THAAD, which they see as running counter to their security interests.

The KLPGA said even though there is no title sponsor, this year’s Chinese Ladies Open will be staged as scheduled. The tournament is planned to take place at the Lion Lake Country Club in Qingyuan, Guangdong Province, from Dec. 15-17.

“The CLPGA is looking for a sponsor,” the KLPGA official said. “Since it’s a major tournament, it will be held as scheduled.”