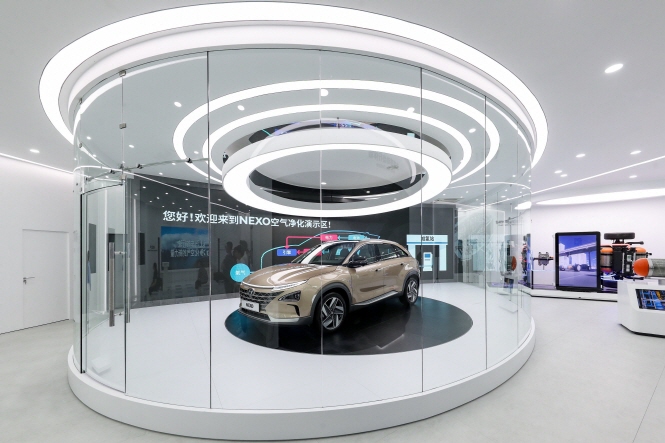 Hyundai Motor has opened the “Hyundai Hydrogen World” exhibition hall in Shanghai and plans to run it for two weeks from Monday through Sept. 8, the company said in a statement.

Visitors can look into Hyundai’s Nexo hydrogen fuel cell electric vehicle and experience a variety of future mobility technologies, according to Hyundai Motor.

A hydrogen fuel cell electric car is considered to be environment-friendly since it emits only water vapor as it generates electricity.

The maker of the Sonata sedan and the Palisade SUV announced in December that it will invest 7.6 trillion won (US$6.7 billion) in hydrogen car-producing facilities and related R&D activities by 2030.

Under the plan, the carmaker will establish two separate plants to churn out 500,000 hydrogen fuel cell electric vehicles in 2030.