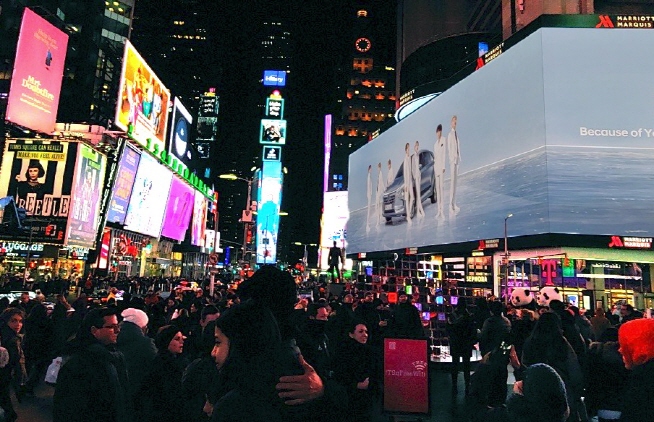 The company aired the video on an electronic display located in the center of New York City’s Times Square for an hour last Friday.

Despite the cold weather, tourists and fans showed keen interest as they watched and took photos of the video. 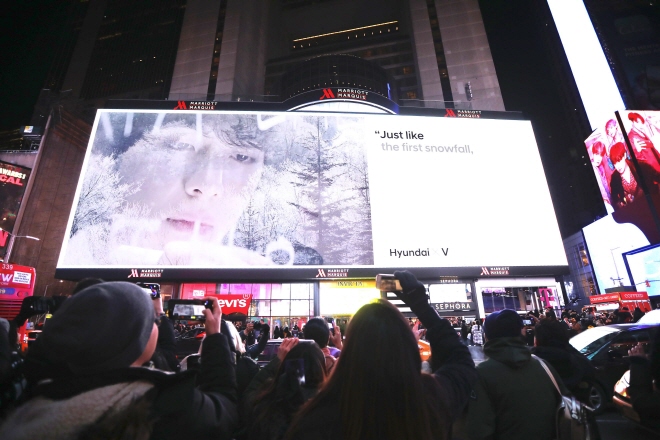 The video consisted of various inspirations coming from nature, including the first snow, forests, and blue sky. BTS members introduced the beauty of nature, a legacy for posterity, in their own handwriting.

The video will be posted on Hyundai’s social media accounts, revealing a version with a different BTS member on Wednesday. 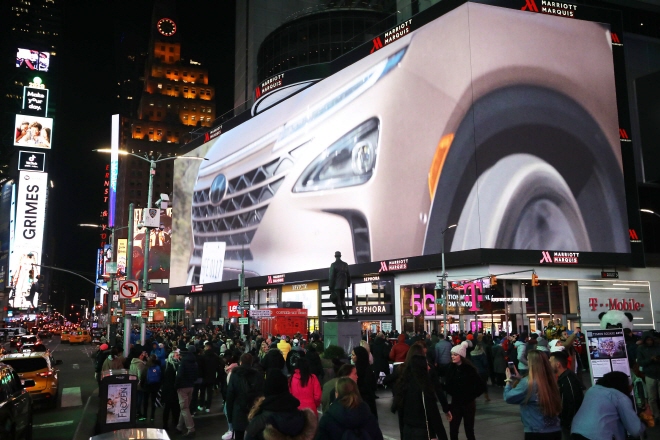