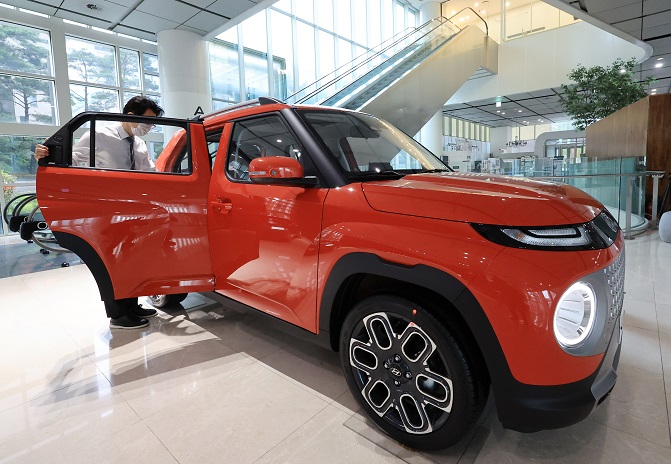 SEOUL, Dec. 5 (Korea Bizwire) — Hyundai Motor Co.’s first mini SUV, the Casper, has been a boon for the domestic minicar market, which has seen sales plunge in recent years.

5,573 units of Casper model were sold last month, the highest monthly record since the car’s debut in September last year, according to the carmaker.

The Casper was positioned third behind the Porter and Avante in the company’s in-house sales rankings.

Such strong performance is reinvigorating the domestic minicar market.

According to the Korea Automobile Manufacturers Association, the nation’s minicar sales have been on a downward trend, falling to 98,781 units last year after peaking at 216,221 units in 2012.

The declining trend in minicar sales is attributable to the growing consumer preference for larger and higher-end models, centered on recreational vehicles.

However, as the Casper is enjoying stronger-than-expected popularity, the nation’s minicar sales rebounded to 108,807 units in the first ten months of this year, exceeding last year’s annual sales.