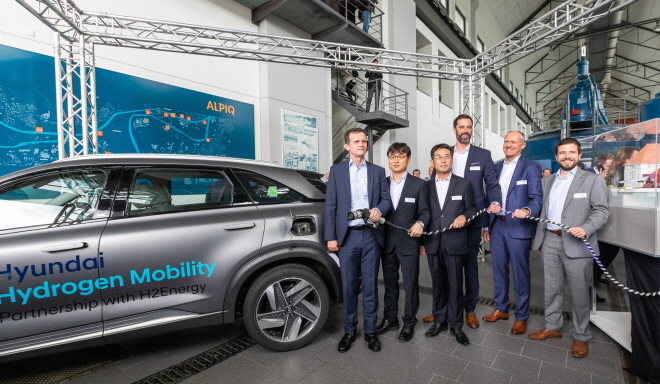 A ribbon-cutting ceremony for Hyundai Hydrogen Mobility (HMM) was held in Gosgen, Switzerland, on Wednesday (local time), according to the carmaker.

Hyundai Motor and H2 Energy signed an agreement in April to set up the JV. HMM aims to sell 1,600 hydrogen-powered trucks in Switzerland and other European nations by 2025.

In its first move, HMM signed a partnership with Hydrospider AG, a joint venture of H2 Energy, Alpiq AG and Linde AG, to run a hydropower plant in Switzerland for hydrogen generation, Hyundai Motor said.

“Through this partnership between Hyundai Hydrogen Mobility and Hydrospider, Hyundai Motor will offer its fuel cell electric trucks in a specially designed ecosystem,” said Lee In-cheol, head of the commercial vehicle division at Hyundai Motor.