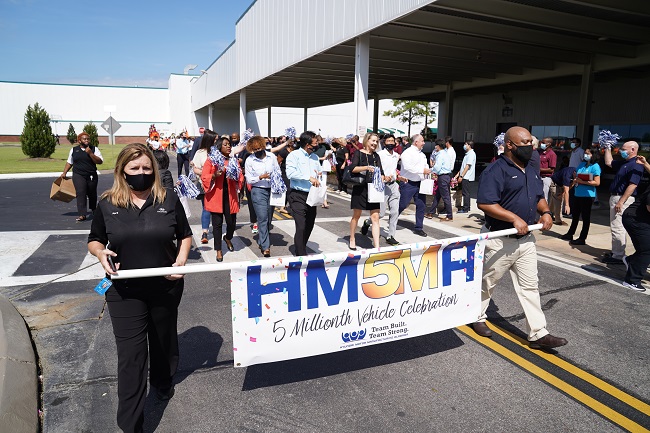 This photo taken and provided by Hyundai Motor on Aug. 12, 2021, shows local employees of the carmaker’s Alabama plant marching to celebrate the production of the 5 millionth vehicle in the factory.

The 5 millionth vehicle produced in the 370,000-unit-a-year plant was Hyundai’s first-ever pickup, the Santa Cruz.

Hyundai plans to begin the sale of the Santa Cruz pickup in the world’s most important automobile market later this year.

The Santa Cruz boasts a bold yet sophisticated design, advanced connectivity and an all-wheel drive platform, Hyundai said, describing it as a sport adventure vehicle (SAV), a model that sits between an SUV and a pickup.