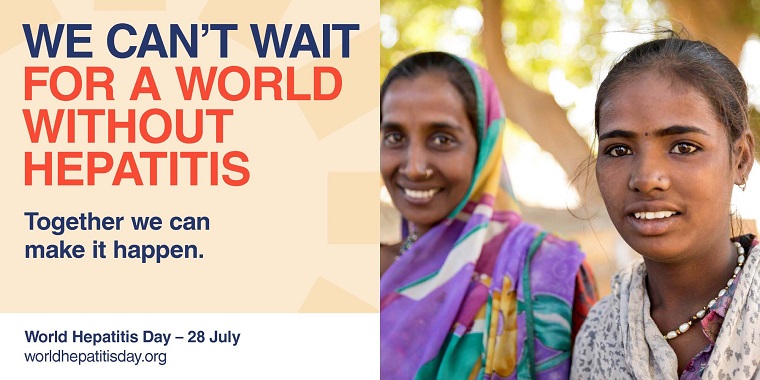 LONDON, England, July 28 (Korea Bizwire) — Today, World Hepatitis Day (WHD) launches with the campaign theme ‘I Can’t Wait’. On WHD, the World Hepatitis Alliance (WHA) joins together with its global network of 320 members in 100 countries to lead the campaign internationally to accelerate the fight against viral hepatitis.

The ‘I Can’t Wait’ campaign theme builds on the previous Hepatitis Can’t Wait global campaign, and highlights the social injustice and inequity caused by the current lack of action on hepatitis elimination and focuses on the positive action needed to meet the WHA’s 2030 elimination goals. The campaign amplifies the voices of people affected by viral hepatitis calling for immediate action from decision makers globally to prioritise the elimination of viral hepatitis.

Globally, 354 million people live with hepatitis B or C (WHO, 2022), causing more than 1.1 million lives to be lost each year (WHO, 2021). Hepatitis is one of the most deadly and neglected diseases and health crises – one that is claiming a life every 30 seconds. By 2040, deaths from viral hepatitis are expected to exceed mortality from HIV, malaria, and tuberculosis combined (Foreman, 2018).

World Hepatitis Day comes as the world currently faces a new outbreak of acute hepatitis infections affecting children. As of 8 July 2022, 35 countries in five WHO Regions have reported 1,010 probable cases of severe acute hepatitis in children, including 22 deaths (WHO, 2022).

This new outbreak brings focus on the importance of raising awareness of this viral disease which has traditionally disproportionately affected the economically disadvantaged. An estimated 197 million of hepatitis B-positive people (~79%) live in low- and middle-income countries in the African and Western Pacific region (WHO, 2017).

“The gains made to eliminate hepatitis have been uneven across the world, with those most impacted often the least likely to benefit. Most countries have failed to meet their Global Health Sector Strategy 2020 targets and many babies still lack access to the hepatitis B birth dose vaccine in many low- and middle-income countries, with less than 10% in Africa receiving a timely vaccine.

“Governments and global funders are turning a blind eye to the 1.1 million deaths each year and the continued impacts on communities across the world. We will no longer accept their excuses. It takes courage to speak out, but this World Hepatitis Day we come together globally to say ‘I can’t wait’ for an end to hepatitis and urge policy makers, global funders, and decision makers to act by increasing investment and financing hepatitis elimination.”