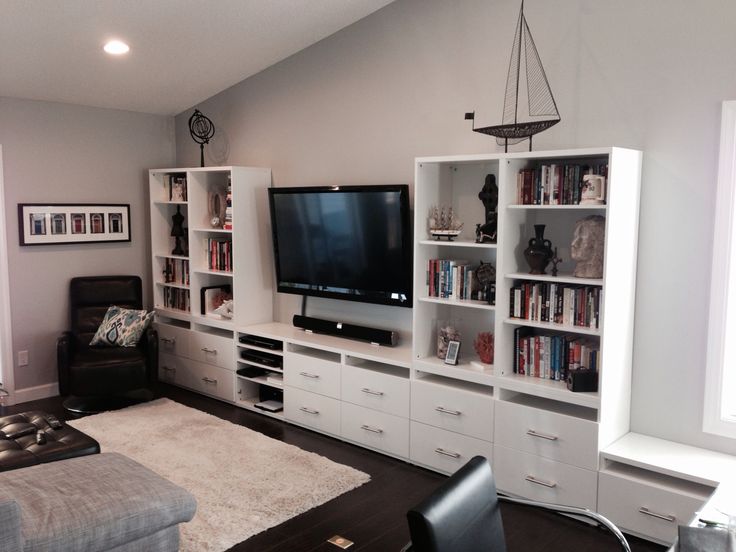 Korean consumers are famous for being well informed about consumer goods prices sold all over the world through retail websites. (image: S. Lin Lim/Pinterest)

SEOUL, Nov. 17 (Korea Bizwire) — IKEA is being criticized for its pricing policy in Korea. That’s largely because the Swedish furniture seller has not found out enough about Korean consumers.

Earlier on November 13, IKEA Korea began its first marketing effort by releasing pricing information on its 8,500 items to be on sale in the country, intended to attract the customers’ attention by boasting how low its prices are.

But it caused an unexpected backlash. Some consumers complained that some of the inexpensive items below 100,000 won are indeed cheap but high-priced items are way more expensive than any other countries in the world.  Korean consumers are famous for being well informed about consumer goods prices sold all over the world through retail websites. They constantly exchange information with fellow shoppers on discussion forums. 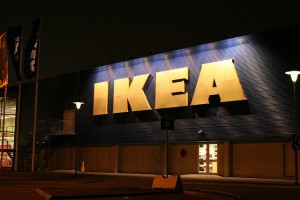 IKEA is currently busy putting in sale items on display after getting a preliminary approval to use the building from the city government. (image: kaktuslampan/flickr)

To make matters worse, the company’s website indicated the sea in the east of the Korean Peninsula as the “Sea of Japan” even without showing alternative names such as the East Sea and the Sea of Korea. 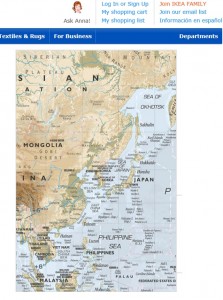 What’s more, IKEA is selling a large-scale world map with the sea indicated as the Sea of Japan in many markets as a wall decoration item. (image: IKEA homepage)

What’s more, IKEA is selling a large-scale world map with the sea indicated as the Sea of Japan in many markets as a wall decoration item. That’s enough reason for patriotic Korean consumers highly sensitive to issues like the East Sea and Dokdo Island to beat up the world’s largest furniture purveyor.

On November 16, the issues of IKEA’s price discrimination and its supposed ignorance about East Asian geography were two of the most searched keywords on Media Daum, Korea’s second largest news portal. Within just four hours after the news articles were posted on the portal, more than 5,000 replies were added, showing how sensitive the issue is to Korean nationals.