“I saw ambulances waiting in front of the store as too many people flocked to the opening day.”

“There were more people crowded inside the sales floor. I waited more than 30 minutes to use the ladies’ room. It seemed it took 5-10 minutes even for men’s rooms.” 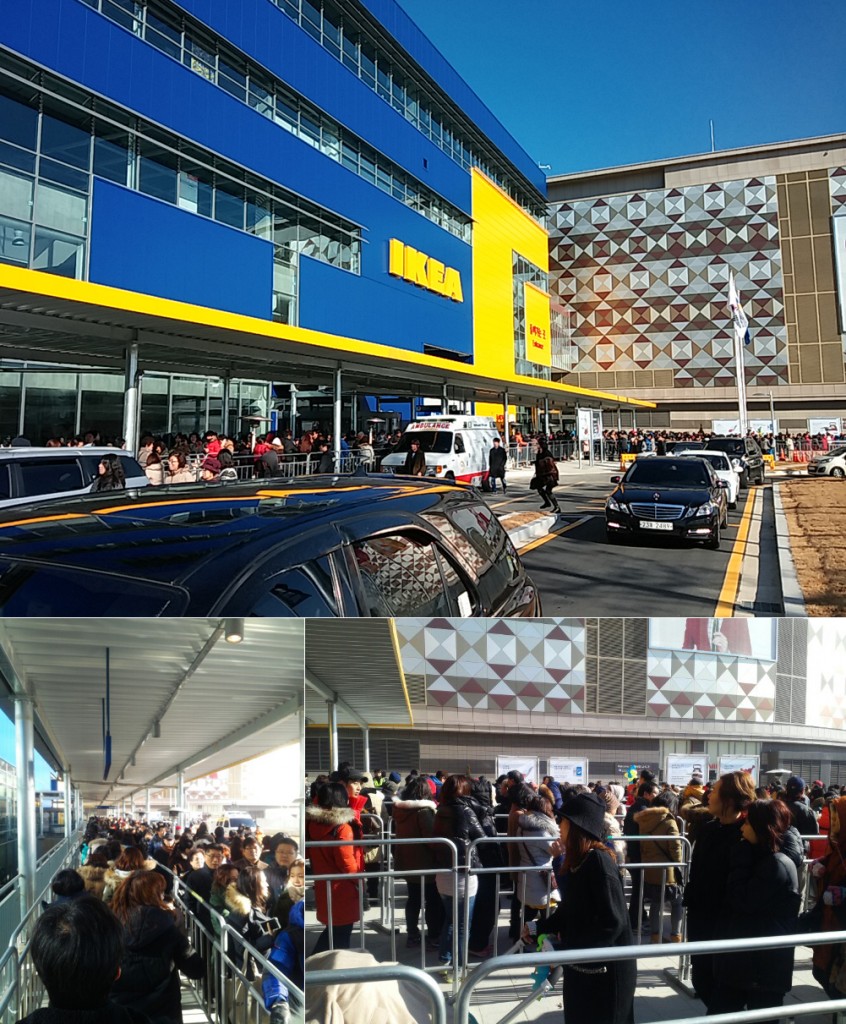 Despite the cold weather at around 10 degrees below zero, a throng of visitors showed up in the early morning of the opening day.

GWANGMYUNG, Dec 19 (Korea Bizwire) – The first-ever store of IKEA in Korea was opened in Gwangmyung in the southern outskirts of Seoul on December 18. Despite the cold weather at around 10 degrees below zero, a throng of visitors showed up in the early morning of the opening day. In order to prevent any accident in and outside the store, IKEA Korea allowed visitors in in a group of 25 at a time. The customers waiting outside were given hand warmers.

Notwithstanding the controversies weeks before surrounding the higher prices charged by the Swedish company to Korean customers than those in other countries as revealed in the newly launched Korean website and the world map sold by IKEA that indicated the East Sea as the Sea of Japan, the company said the first day’s promotion was a big success.

But some customers pointed out problems in its inadequate parking capacity and amenities. In addition, some came back home empty-handed after learning that IKEA won’t be able to provide home assembly services for the time being.

IKEA Gwangmyung is one of the largest stores in the world’s 350 or so IKEA locations with the total floor area of 131,550 square meters. The store sells a total of 8,600 items including furniture, bedding items, kitchen goods, and other living items.