“In a difficult situation like now, we can trust no one but ourselves.Let’s not rest on our laurels or not shrink from the unfavorable market conditions. Let’s just soldier on to achieve bigger goals.”

“Eight million units of sales performance is just a beginning. We should believe in ourselves and work harder to attain bigger goals.We will be faced with many challenges next year including the low growth of the world economy, continuing weak yen, low oil prices, weakening purchasing power of oil-producing emerging markets, and the like.”

“2015 will be the first year for us to introduce a host of eco-friendly cars. We should make sure we could position ourselves as a major eco-friendly car maker with thorough preparation.” 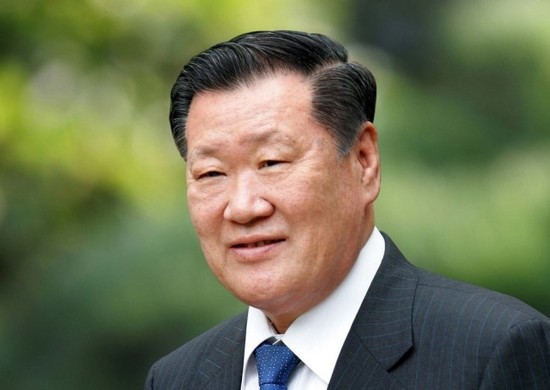 He thanked for the effort to the presidents to reach the 8 million sales record exceeding the target of 7.86 million units despite the difficult situation.

SEOUL, Dec 16 (Korea Bizwire) – Hyundai Motor and Kia Motors held a meeting of the world’s local sales headson December 15 at its head office in Seoul’s Gangnam, presided over by the group chairman Chung Mong-koo. At the meeting, 60 sales unit presidents discussed strategies for production and sales for the new year.

He thanked for the effort to the presidents to reach the 8 million sales record exceeding the target of 7.86 million units despite the difficult situation. This year, the two car makers expect to achieve the 8 million car sales, as they have sold 7.25 million cars for the 11-month period until the end of November, up 4.8 percent from the same period last year.