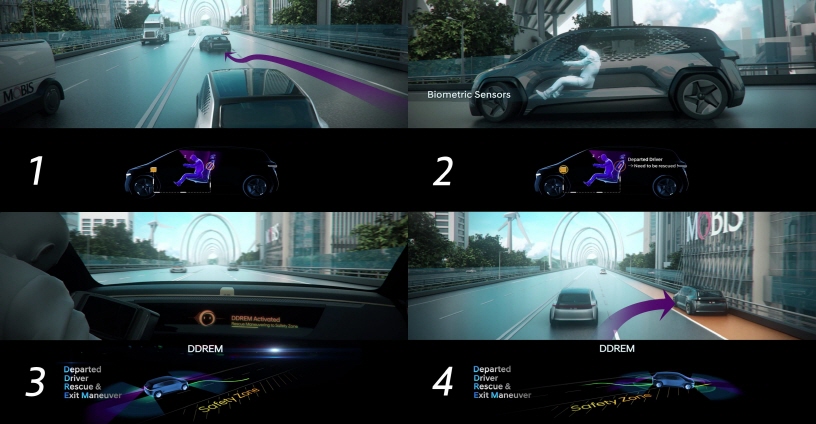 Photo graphic images show how the DDREM technology works in the case of a driver’s drowsy driving on a motorway. (image: Hyundai Mobis Co.)

Hyundai Mobis plans to introduce the Departed Driver Rescue & Exit Maneuver (DDREM) technology that allows the vehicle to automatically pull over onto the shoulder of a motorway and park itself at the Consumer Electronic Show to be held in Las Vegas next month, the company said in a statement.

The safety feature also works if the driver suffers a heart attack or other conditions where he or she loses control of the vehicle, it said.

Hyundai Mobis tested the technology at a proving ground in October and plans to do the same test on roads next year, the company said.

A survey of the American Automobile Association showed there were a total of 6,400 deaths from drowsy driving-related crashes on roads in the United States in 2015.