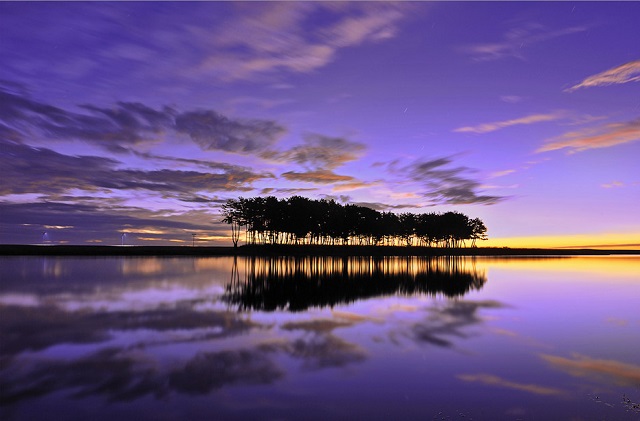 Korean Air used this picture, taken by an amateur photographer in its TV commercial and Internet advert in 2011. (image: Korean Air)

The plaintiff Gallery Kong, the Korean agency representing the interest of professional photographer Michael Kenna, had lost a lawsuit in early March this year against Korean Air for infringing on the photographer’s copyright and lost again this time in its appeal.

Kenna published seven years ago his photo of a small island in Gangwon Province under the title of “Island of Pine Trees.” He happened upon the photo image in February 2007 while coming back from a photo shoot session focusing on a lookout tower in a nearby beach. He spent about one and a half hours walking along the embankment to find an appropriate spot for shooting and produced the famous black-and-white image called “Sol-seom,” literally meaning an island of pine trees.

The original name for Sol-seom is Sok-seom, an uninhabited island whose name was changed by a single piece of photograph. Even on the official website of the Samcheok city government, the island was promoted as a place made famous by the internationally renowned photographer.

Korean Air used a similar picture, this time in color, taken by an amateur photographer in its TV commercial and Internet advert in 2011. Kong Geun-hye, the director of the gallery that brought the lawsuit, raised a 300-million-won suit claiming that the photo used for commercial purposes without the author’s consent was in violation of copyright laws.

But the judges were not swayed, saying, “Creative works using the same natural scenery like mountains, trees, and stones tend to be similar and thus the range of its creativeness is bound to be limited.”

“Given the fact that the object in the photograph is a natural one, a creativeness claim about it is weak and minor adjustments like taking a picture from a different angle can’t be taken as creative elements,” they added. They also commented that the two pictures (one taken by Michael Kenna and the other by an amateur) are different in terms of volume and direction of light and the way the picture was taken. 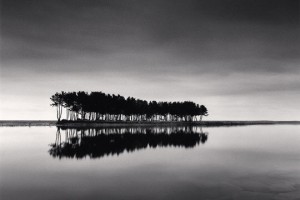 As to the claim by the plaintiff that the pictures are similar in their first impression, the judges answered, “The plaintiff’s work gives an impression of an Oriental ink-and-wash painting while the amateur’s exudes dynamism at the time of sunrise, which are fundamentally different.”

The moot point for the litigation was whether an exclusive copyright can be granted on natural images that can be taken by anyone with a camera. The case will serve as an important precedent to limit the range of copyright in photos and allow more freedom of expression to photographers.