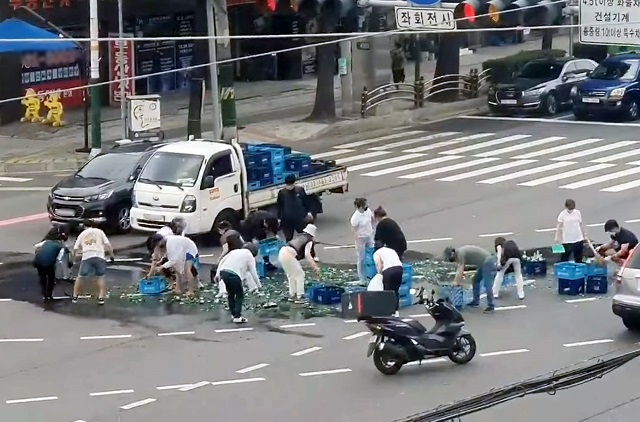 INCHEON, July 14 (Korea Bizwire) — A beautiful event is going viral in which a group of citizens voluntarily worked together to remove liquor bottles that fell on the road from a truck.

Last Monday afternoon, dozens of soju (distilled liquor) boxes loaded in a 1-ton truck fell on the road when the truck turned left at the intersection of Namdong District in Incheon, with hundreds of liquor bottles being broken.

Immediately after the accident, a group of passersby voluntarily started to clear up the pieces of bottles scattered on the road.

The citizens brought brushes and dustpans to remove broken pieces and put them in soju boxes and white bags. 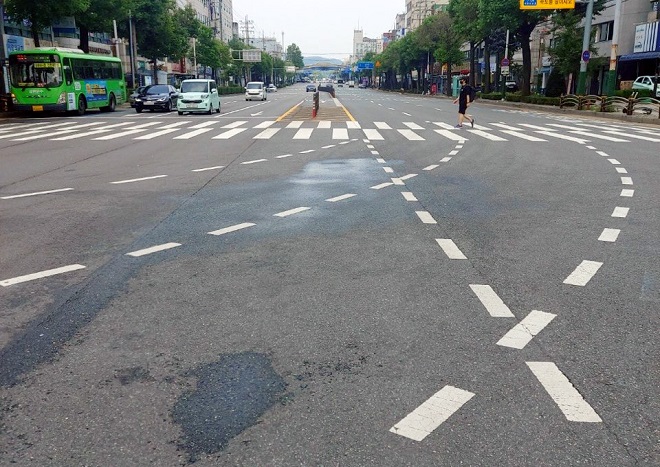 Thanks to the efforts of several citizens, the site was cleaned up instantly and there were no additional accidents.

After the accident was reported, it took less than 30 minutes before the district office’s cleaning department received the report that the road had been cleaned up.