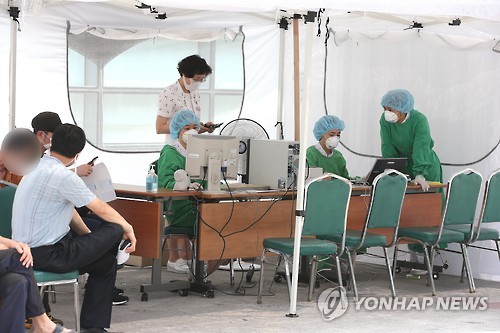 Incheon’s MERS-free status is thought to be the result of low visiting rates to medical institutions elsewhere in the country. (image: Yonhap)

SEOUL, June 23 (Korea Bizwire) – The Middle East Respiratory Syndrome (MERS) is spreading nationwide, with 175 confirmed patients and a death toll of 27 as of June 23, and only Incheon is free from the deadly virus.

Although its neighboring cities and counties like Gimpo, Bucheon and Siheung have MERS patients, the second largest port city in Korea has not been touched by MERS. It only has one MERS patient, who was confirmed at a hospital in Pyeongtaek, the epicenter of the disease, and transferred to an Incheon hospital for treatment.

Incheon’s MERS-free status is thought to be the result of low visiting rates to medical institutions elsewhere in the country. According to a study conducted in 2011, Incheon patients showed the lowest transfer rate to Seoul hospitals at only 13 percent. Only those in the southern provinces of Jeolla and Gyeongsang had less patients moving to Seoul than Incheon.

Over the past five years, the number of general hospitals in Incheon increased to 17 from 12, for a 41.7 jump. Thanks to the medical institution usage patterns of Incheon citizens, fewer Incheon patients visited Samsung Medical Center in Seoul and Pyeongtaek Sacred Heart Hospital, two main routes for spreading the disease.

Meanwhile, the city government received a list of around 70 patients who visited the Samsung hospital, and confirmed that they all tested negative for the virus.