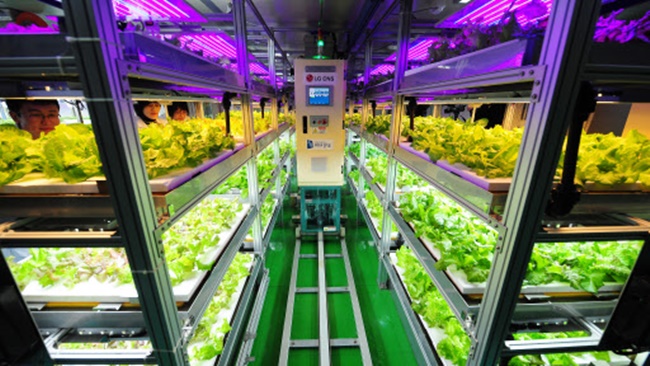 District officials announced on October 20 that they had signed an MOU with the Korea Land and Housing Corporation (LH) for the comprehensive utilization of vacant houses, which includes renting 36 LH-owned houses without cost for a maximum of 20 years. (Image: Yonhap)

INCHEON, Oct. 22 (Korea Bizwire) – The Nam District Office in the city of Incheon is undertaking a project whereby vacant public houses will be transformed into urban farms.

District officials announced on October 20 that they had signed an MOU with the Korea Land and Housing Corporation (LH) for the comprehensive utilization of vacant houses, which includes renting 36 LH-owned houses without cost for a maximum of 20 years.

The district is planning to create urban farms in collaboration with social cooperatives out of these vacant houses.

The idea of urban farming spread widely among the public through the venture business platform known as Square Roots created by business magnate Elon Musk and his brother Kimball Musk.

The urban farming platform is characterized by vertical vegetable gardens on rectangular container walls where seeds are sowed and LEDs provide illumination.

Square Roots is quite different from the hitherto-practiced urban farming in which vegetables are grown in gardens on the rooftops of buildings and houses, utilizing earth and the sun.

The new platform is often called ‘a future farming method’ because it is capable of artificially controlling temperature and humidity, leading to high efficiency and effectiveness in cultivation and insect pest control compared to outdoor farming.

The farming method can also be incorporated with IT helping real time and remote cultivation control in providing water and ingredients.

Nam District is looking forward to benefits drawn from the project of revitalizing the local economy through business start-ups by young people in addition to solving the urban vacant house problem.

“The vacant houses rented from LH for free were originally built to meet the need of housing welfare. However, they lost their function after becoming decrepit,” said an official from the district office. “The vacant houses have been an eyesore in the old city center, but with the project, they will become a local attraction.”

Nam District is planning to support sales of agriculture products grown from the urban farms by securing distributors such as eco-friendly agricultural retailers.

“The project is now being carried forward to the limited extent of focusing on the vacant public houses. As its viability is proven, it could be extended to privately-owned houses.” said the official.