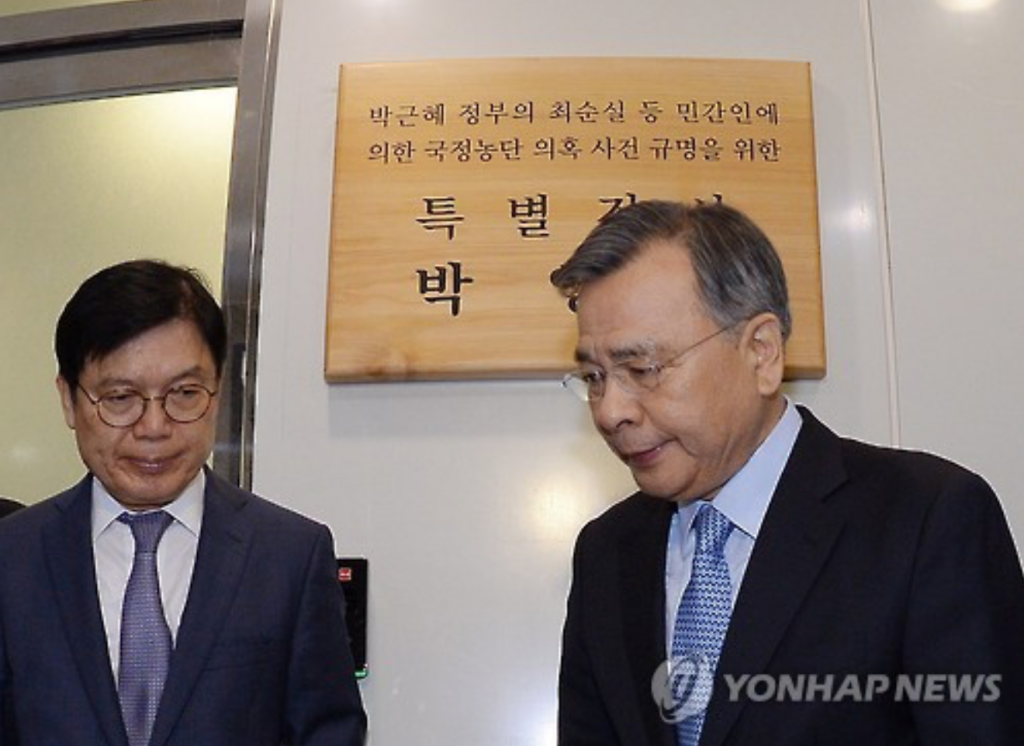 The team led by independent counsel Park Young-soo officially began its investigation into the influence-peddling scandal involving Park and her long-time friend Choi Soon-sil after 20 days of preparation.

They visited around 10 locations, including the investment management office of the National Pension Service (NPS) and the health and welfare ministry’s pension division.

The NPS supported Samsung Group’s controversial merger of two affiliates in July 2015. Samsung is alleged to have received the support from the nation’s largest institutional investor in exchange for its donations and favors to her confidante Choi Soon-sil and her daughter.

Critics said the deal was intended to enhance heir-apparent Lee Jae-yong’s control of the group despite possible damage to investors. His father, Lee Kun-hee, has been hospitalized since May 2014 after suffering a heart attack.

“I will try to carry out a fair and balanced investigation in accordance with the law and principle,” Park Young-soo said during a ceremony to officially launch the investigation.

The investigation should be completed within 70 days and can be extended for another month upon request from the independent counsel.

The team will especially focus on Park’s alleged bribery in connection with two public foundations virtually controlled by her confidante.

The president allegedly pressured conglomerates to fund the Mir and K-Sports foundations. Samsung made the biggest contribution, estimated at 20.4 billion won.

The independent counsel also started its investigation into Chung Yoo-ra, Choi’s daughter, currently presumed to be staying in Germany.

The team said it has secured a court warrant to detain Chung for questioning on charges of business obstruction. It will take steps to invalidate her passport and request the German prosecution’s cooperation for the investigation.

The team will also look into allegations surrounding the whereabouts of Park on April 16, 2014, when the ferry Sewol sunk, claiming more than 300 lives.