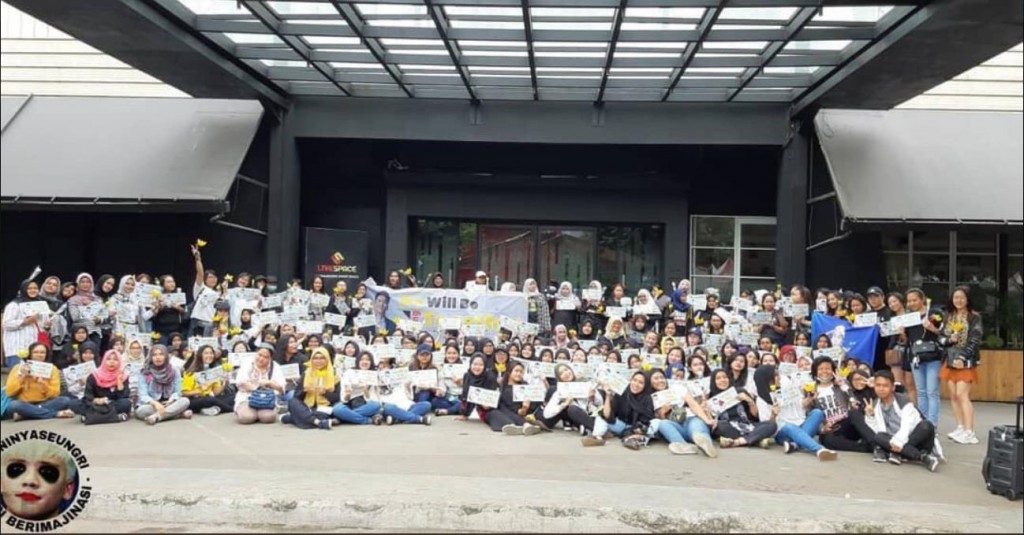 SEOUL, Mar. 20 (Korea Bizwire) – While a former member of the hit K-pop group BIGBANG, Seungri was booked on charges of procuring sexual services for foreign investors, and local fans held a rally in Indonesia to root for him.

According to local media in Indonesia on Tuesday, 200 fans of Seungri gathered in the Sudirman Central Business District (SCBD) on March 17, holding fluorescent bars, flowers and posters and singing songs by Seungri and BIGBANG.

The rally was held after Seungri’s solo concert, which was originally scheduled to be held at the venue, was canceled.

As Seungri was booked by the police on March 10, the rally was held by the fan club wishing him a return to the entertainment world.

Even though fans knew Seungri was suspected of being involved in prostitution, they hoped he and BIGBANG would make it through anyways.

However, there has also been considerable criticism of Indonesian fans holding a rally to root for an entertainer who is on the verge of becoming a criminal.

In Indonesian society, where 87 percent of the 260 million people are Muslim, being involved in the sex trade is considered a serious crime.

Considering the fact that Indonesia’s Korean Wave has recently been receiving an uncomfortable response from older generations to see young people falling for K-pop, there are concerns that the incident will throw a wet blanket on the region’s enthusiasm for Korean culture.