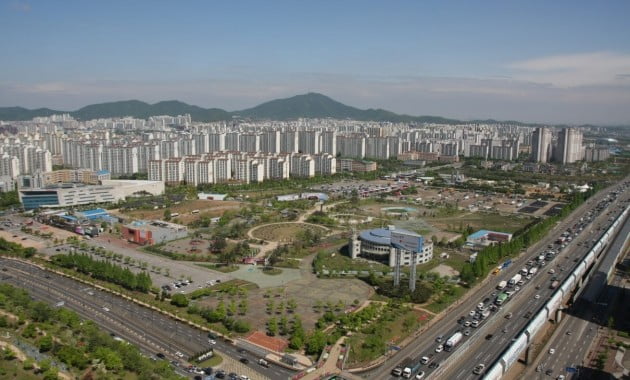 The government will introduce “negative zones”, similar to supporting facility zones, by the end of this year to diversify industries moving into existing industrial facilities zones. (image: Bucheon City Office)

SEOUL, Sept. 19 (Korea Bizwire) — Various supporting facilities, including outdoor theaters, leisure facilities and pubs, will be built in old industrial complexes, which have been shunned by young people due to a lack of convenience facilities in old factory-oriented environments.

The Ministry of Trade, Industry and Energy said Tuesday that the revised bill regarding transforming industrial areas to be more youth friendly was deliberated and passed in a Cabinet meeting.

As a result, various supporting facilities such as outdoor theaters for young people to enjoy leisure time are expected to be available in industrial complexes, reducing inconvenience for workers.

Industrial complexes are divided into industrial facilities areas, the site of existing factories, and the related supporting facility area.

Until now, only certain industries such as sales, warehousing and cultural and assembly facilities have been allowed to establish zones for supporting facilities.

In the future, however, the system will be changed to a “negative” listings method in which all businesses are allowed to be established except for some in the manufacturing, farming, forestry and fishing industries, as well as entertainment facilities including casinos and motels.

In addition, the scope of supporting facilities that can be built in the ‘Knowledge Industrial Centers’ (former apartment-type factories) in industrial complexes will be raised from 20 percent of the building floor area to 30 percent in industrial installation and 50 percent in composite zones, respectively.

Furthermore, the development merit of advancing business structure projects will be calculated by limiting the actual alteration of the purpose of use to the areas where the merit occurs in order to relieve the burden of developing industrial complexes.

The ratio of re-investment of development merits in non-capital areas will be lowered to 12.5 percent from the current 25 percent.

The government will introduce “negative zones”, similar to supporting facility zones, by the end of this year to diversify industries moving into existing industrial facilities zones.