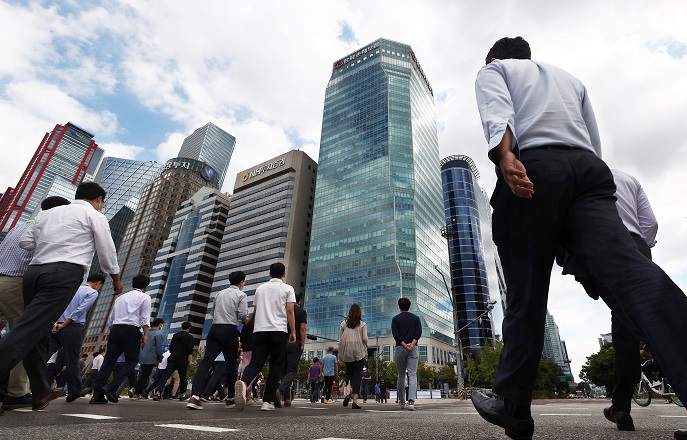 People walk down a street in Seoul’s financial district of Yeouido on Sept. 23, 2021. (Yonhap)

SEOUL, May 19 (Korea Bizwire) — The “MZ generation,” a Korean term referring to those aged between late 10s and 30s, prioritizes work-life balance when applying for jobs, a major South Korean business lobby said.

The Korea Enterprises Federation conducted a survey of 1,000 people born between 1983 and 2003, 66.5 percent of whom said work-life balance is important when looking for a job.

Asked about a job’s suitable location, 50.7 percent picked the greater Seoul Area. Others were either indifferent to the job’s location (37.7 percent) or interested in working outside of the capital city (11.6 percent).

Asked about the employer’s size, 29.1 percent said that company size does not matter, while 82.6 percent of respondents were interested in working for small and medium-sized firms.