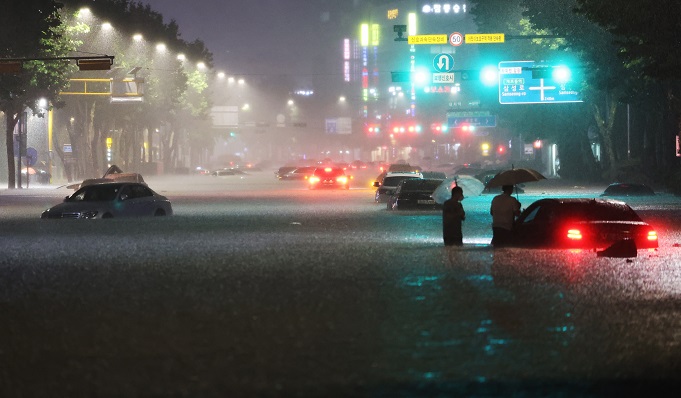 A record-breaking downpour that swept through Seoul, Gyeonggi Province and Incheon last Monday resulted in 12 general insurance companies receiving 9,189 reports of submerged cars as of noon Thursday with the cost of damages reaching almost 127.3 billion won (US$97.7 million).

Among all submerged cars, 3,033 were luxury, high-end vehicles.

With numerous reports of expensive, foreign-made vehicles incoming, their estimated cost of damage (74.5 billion won) accounts for more than half of all damage costs.

“The reports came mostly from the Gangnam area, with a high concentration of luxury vehicles. Car insurance companies are panicking,” an official at a general insurance company said.

“A submerged vehicle is dealt as a total loss, which hurts the insurance companies, especially if the cars are expensive.”